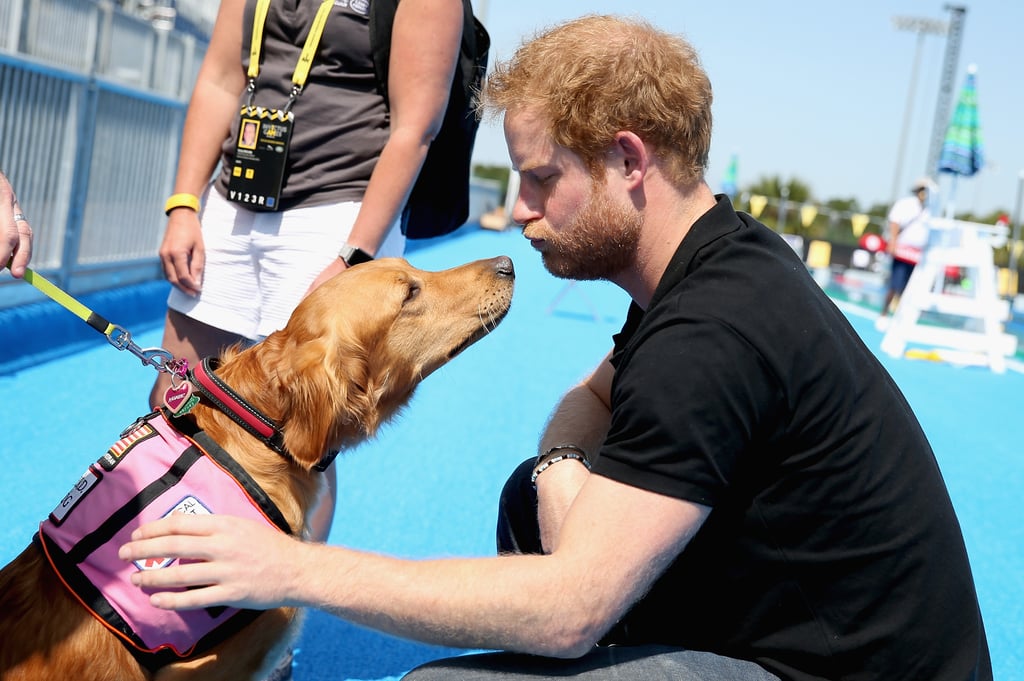 Prince Harry was at it again with yet another handsome outing. Harry was spotted visiting venues in Orlando, FL, just days before his Invictus Games in May 2016. While touring the ESPN Wide World of Sports complex, he turned on his signature charm as he met with members of the Italian Invictus Games team, a few children, and a medical alert dog, who clearly won over Harry's heart. The Paralympic-style games for wounded veteranss opened on Sunday, reunited Michelle Obama and Joe Biden's wife, Jill. Keep reading for more photos, then check out 49 snaps that prove Prince Harry was born to wear a uniform.