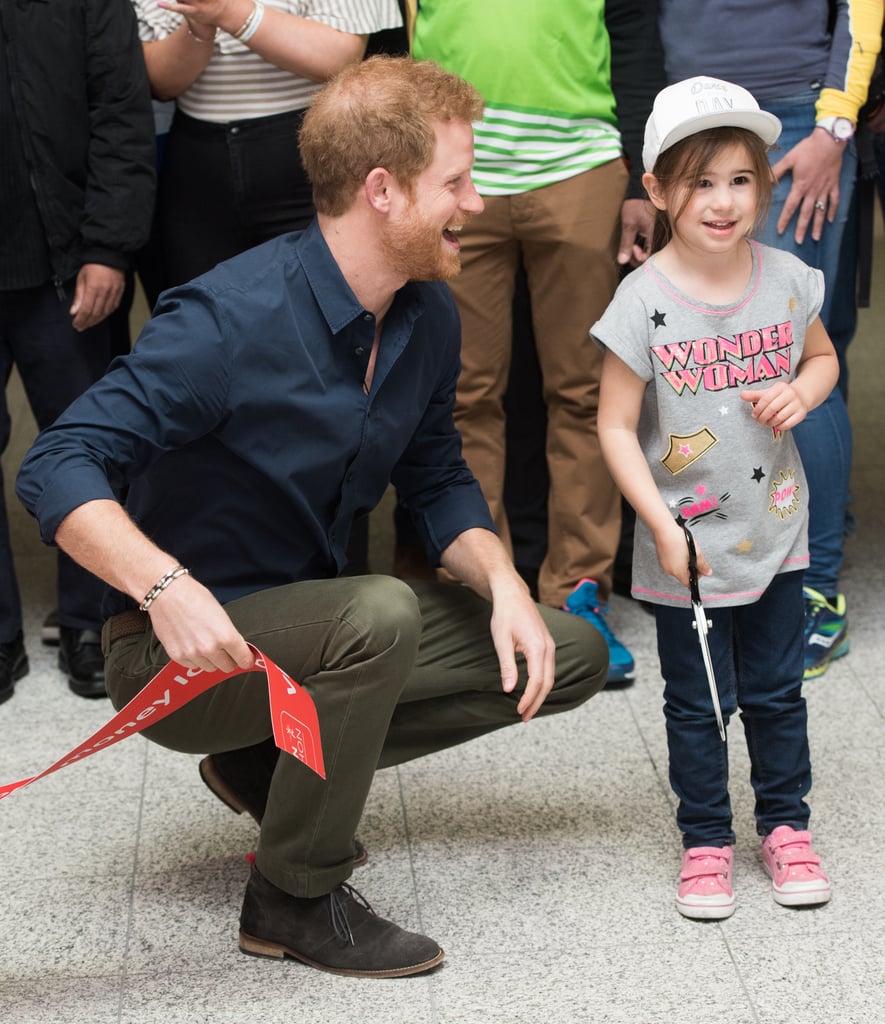 Prince Harry showed off his signature charm when he attended the official opening of the Virgin Money London Marathon Expo on Wednesday. The British royal had an adorable photo op with a little girl named Mellisa Howse, who was wearing a cute Wonder Woman shirt, as he helped her cut the red ribbon. He even put his fun uncle skills on full display as he applauded the 5-year-old's efforts. While her father admitted she probably didn't know who Harry was, she definitely looked a little starstruck as he leaned down and held her hand.

The sweet outing comes just a few days after his revealing interview with The Telegraph for its Mad World podcast. Aside from opening up about being a godfather, he also talked about the possibility of starting a family of his own, saying that he would "love to have kids." Perhaps his blossoming romance with Meghan Markle is to blame.