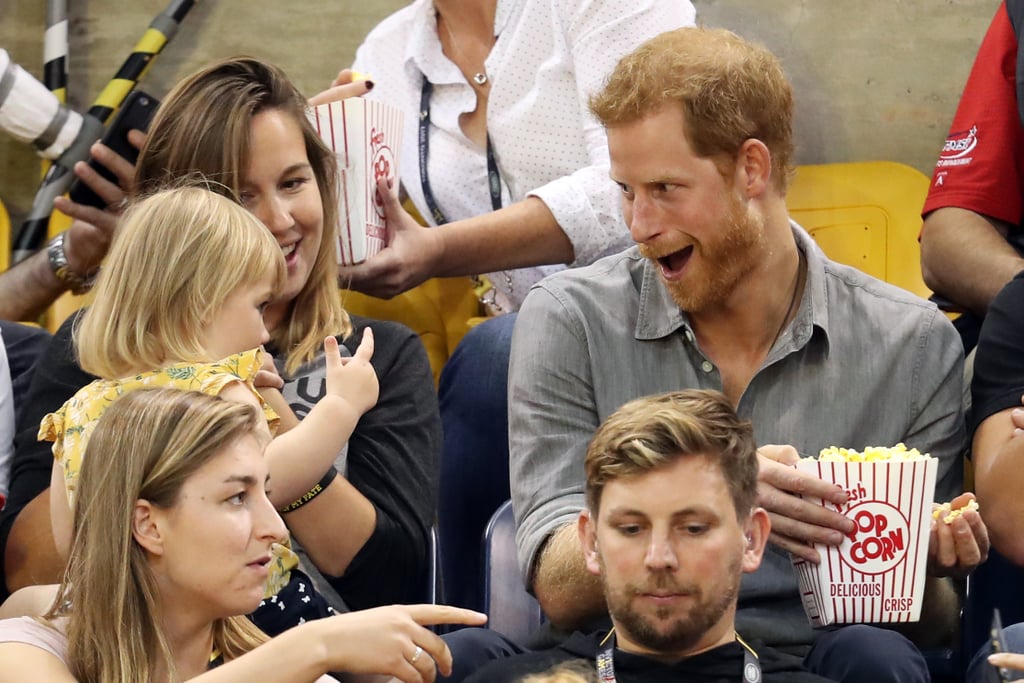 Sorry, Meghan Markle, but Prince Harry's interaction with this little girl might be our favorite part of the Invictus Games. After making his public debut with the Suits actress at the games earlier this month, the famous royal had a precious encounter with a young girl named Emily during the sitting volleyball finals on Wednesday. As Harry chatted with her parents, Hayley and David Henson, a paralympic athlete who previously competed in the Invictus Games, the toddler sneakingly stole some of his popcorn. Of course Harry, being the fun-loving guy that he is, proceeded to make a few adorable faces as he pulled away his bucket of snacks. Seriously, it's almost too cute for words.