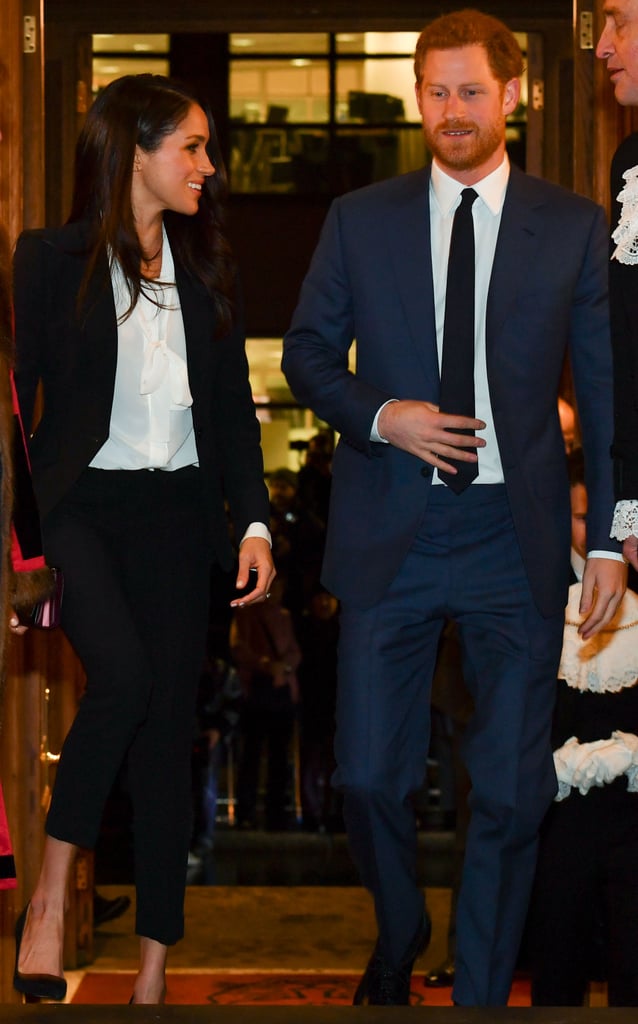 Prince Harry and Meghan Markle made a glamorous pair as they arrived at the Endeavour Fund Awards at Goldsmith's Hall in London on Thursday evening. Harry looked handsome in a blue suit, while Meghan stunned in a black pantsuit and white blouse. The award ceremony is organized by The Endeavour Fund, which was set up in 2012 by Prince Harry and the Duke and Duchess of Cambridge with the aim of supporting the recovery of wounded, injured, and sick servicemen and women, encouraging them to rediscover their self-belief through sport and adventure. The awards celebrate the achievements of people who have taken part in such endeavors in 2017.

Ahead of the ceremony, Harry and Meghan met some of the worthy nominees and also chatted to adventurer and author Levison Wood, a former serviceman himself, who was recently announced as the first ever ambassador of the fund. As always, the engaged couple looked relaxed and happy to be in each other's company, getting us even more excited for their upcoming wedding.