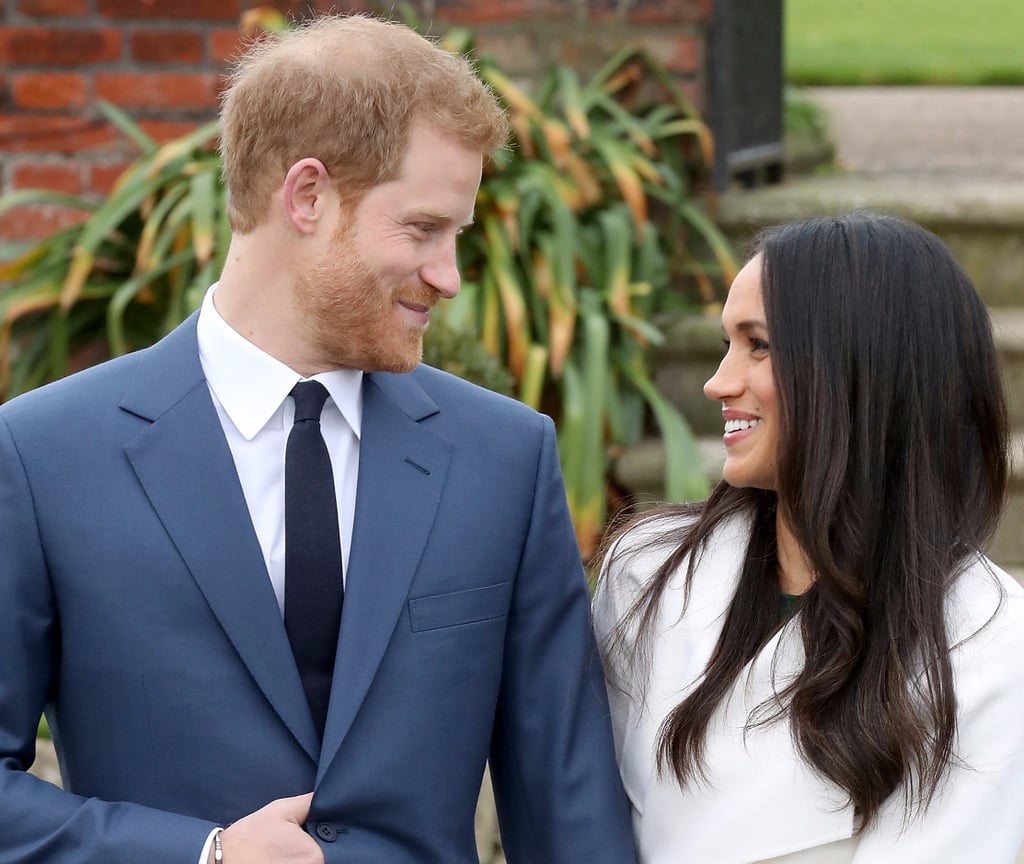 Not only have Prince Harry and Meghan Markle officially announced their engagement, but the royal pair also stepped out for a gorgeous photocall at the Sunken Gardens at Kensington Palace to mark the occasion. Meghan, dressed in a white coat, held tight to her fiancé as she flashed her engagement ring to the assembled crowds, while Harry couldn't keep his eyes off his beautiful bride-to-be. When asked by a reporter when he knew that Meghan was "the one", the Prince replied "The very first time we met".

Although the couple's appearance in front of the press was brief, we'll no doubt find out plenty more details about the proposal and their wedding plans when they're interviewed by BBC reporter Mishal Husain later today. In the meantime, take a closer look at the adorable photos from this morning.