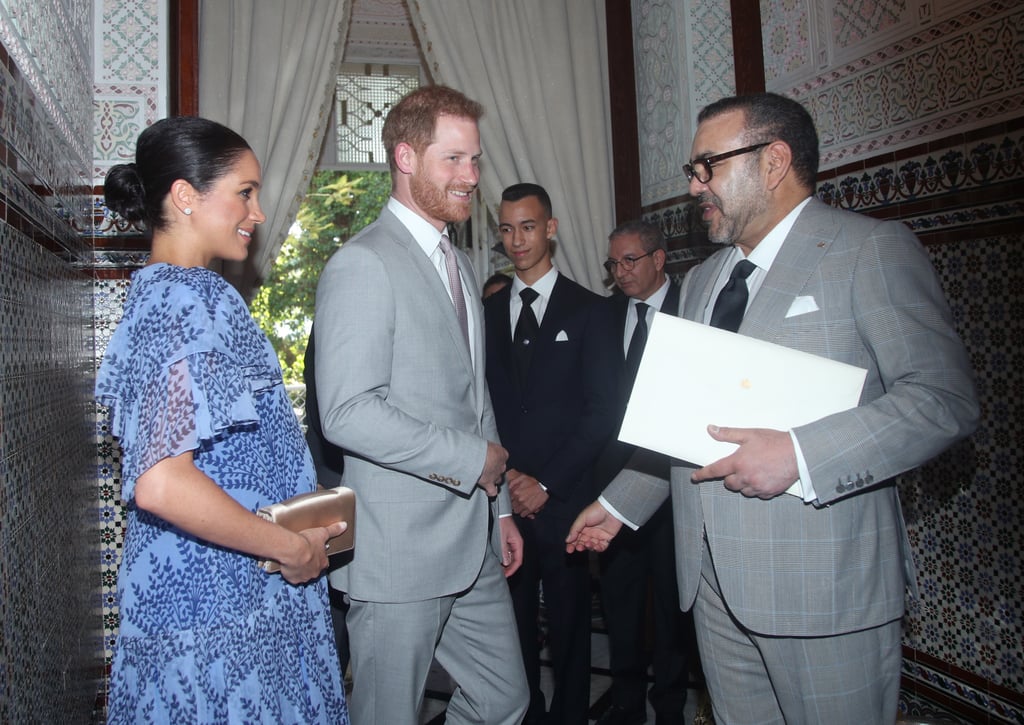 Even though it feels like Prince Harry and Meghan Markle's royal tour of Morocco just began, the royal couple stepped out for their final engagement on Monday. After getting friendly with horses and eating some of the country's traditional foods, Harry and Meghan concluded their visit by meeting with King Mohammed VI of Morocco at his royal residence in Rabat. Meghan switched up her look and opted for a beautiful blue dress, while Harry donned a gray suit for the affair. During their visit, the pair presented the king with letters from Queen Elizabeth II.

Harry and Meghan officially kicked off their three-day tour of Morocco on Saturday, and it's resulted in some pretty special moments. From attending a glamorous Moroccan banquet to Meghan impressing students with her French, this trip was definitely one for the books! Now Harry and Meghan get to return home and prepare for the upcoming arrival of their little one!