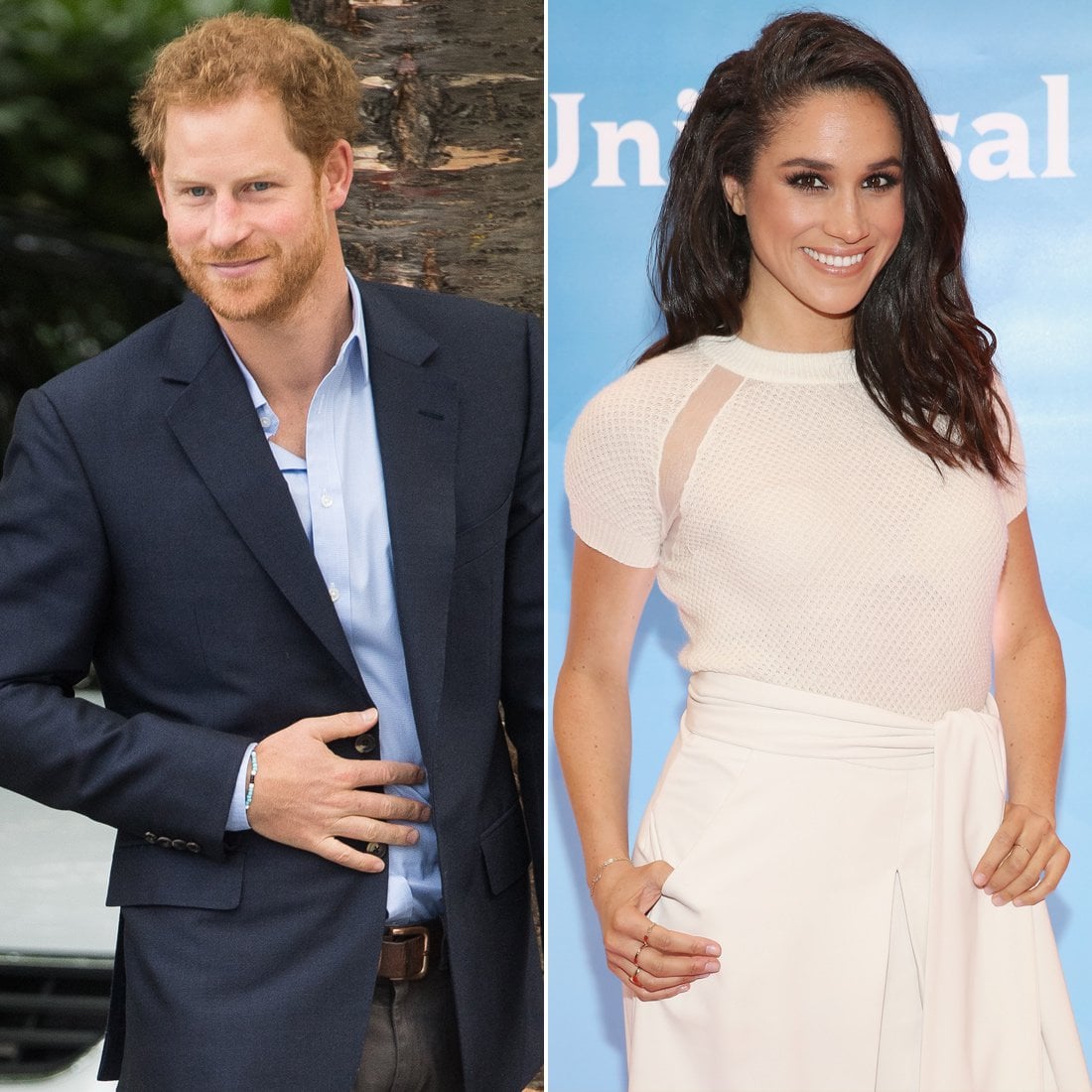 Ever since Prince Harry and Meghan Markle's high-profile relationship began, everyone has been wondering the same thing: is their romance the real deal? According to a source at E! News, Harry has finally found The One. "Harry is more serious [about Meghan] than he ever has been about a woman before," they said, no doubt in reference to Harry's long list of ex-girlfriends. The news of their serious relationship status really shouldn't come as a surprise, given the fact the Suits star has been spotted out and about with Harry on a number of cute dates lately. The couple was photographed attending a performance of The Curious Incident of the Dog in the Night-Time in London last week, and a few days before that they were seen picking out their first Christmas tree together. On top of that, Meghan has been sporting a delicate gold necklace with both her and Harry's initials on it, making it clear that she's not afraid to show off their relationship to the world.