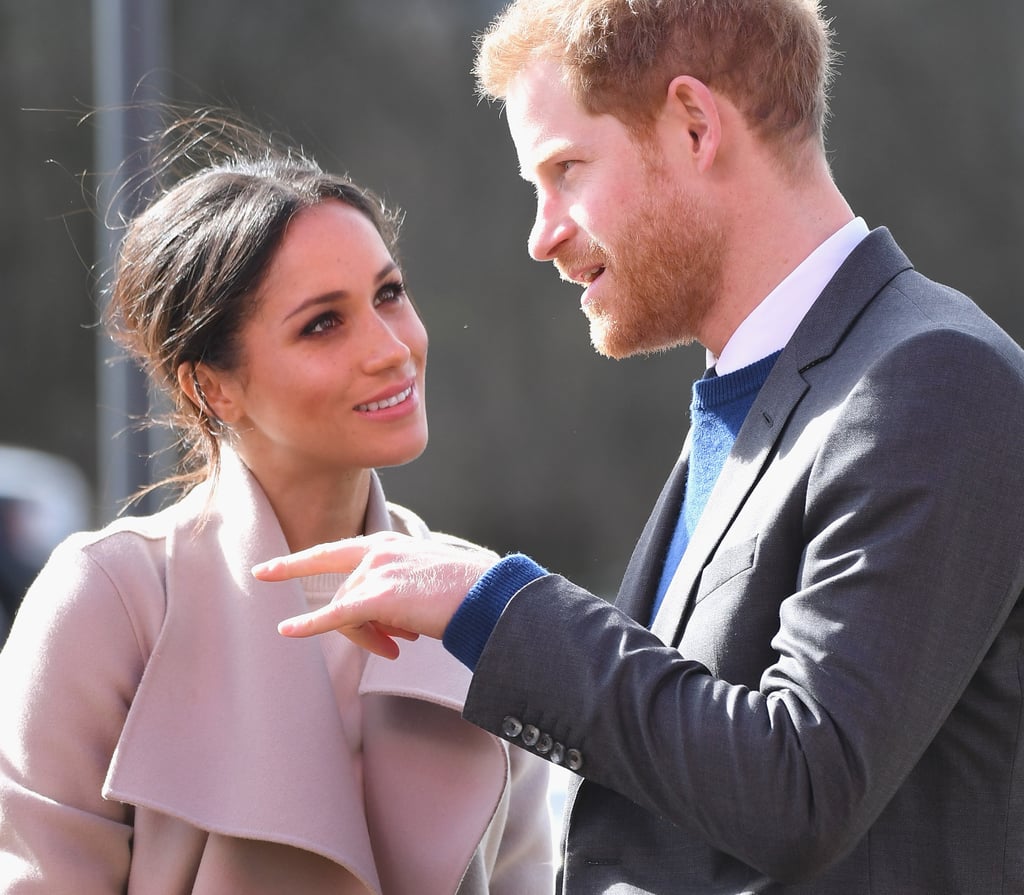 Following recent trips to Scotland and Wales, Prince Harry and Meghan Markle made their first official joint trip to Northern Ireland on Friday. Their first stop was the Eikon Centre in Lisburn, which was hosting an event to celebrate the 2nd year of Amazing the Space, a youth-led peace-building initiative that Harry helped to launch. As the couple stopped to talk to people outside the venue, Meghan was captured watching Harry intently as he chatted away, and both of the lovebirds were full of smiles as they made their way into the venue. After sending their wedding invitations out this week, the couple are now counting down to the big day, but that doesn't mean their royal duties will slow day. Their busy day in Northern Ireland will later include a visit to the Crown Bar in Belfast, a trip to meet young entrepreneurs, and finally a tour of Titanic Belfast, one of the city's major tourist attractions. Stay tuned for more photos as their day progresses!