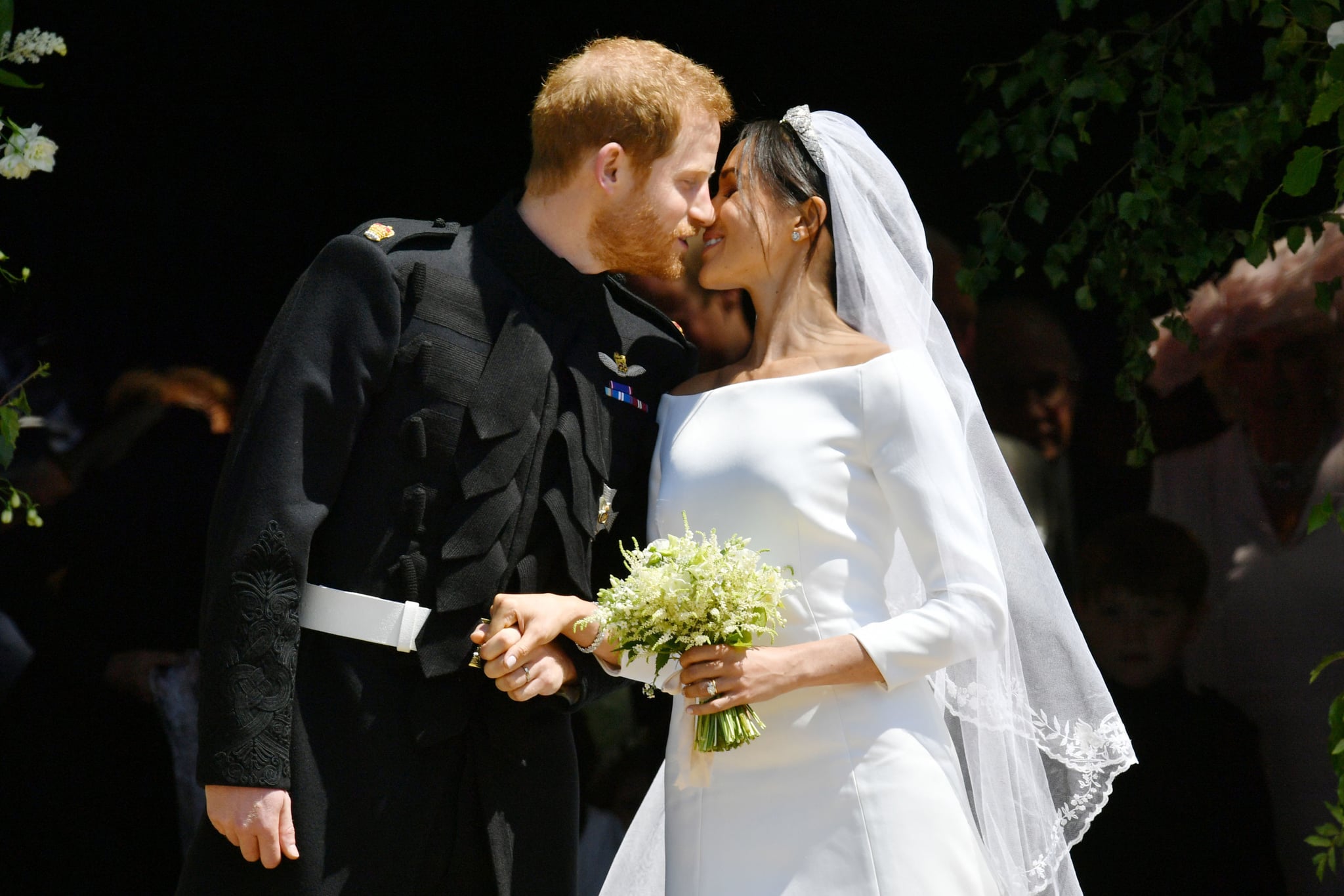 Prince Harry and Meghan Markle tied the knot in a romantic ceremony at St. George's Chapel at Windsor Palace on May 19. The extravagant nuptials brought out the couple's nearest and dearest including Meghan's mom, Doria Ragland, Kate Middleton, Prince William, Prince George, Princess Charlotte, and Princess Diana's family. Thousands of people from all over the world watched Meghan and Harry exchange "I dos," but if you're like us, and your royal wedding invite got lost in the mail, then these fun tidbits will make you feel like you were a guest.