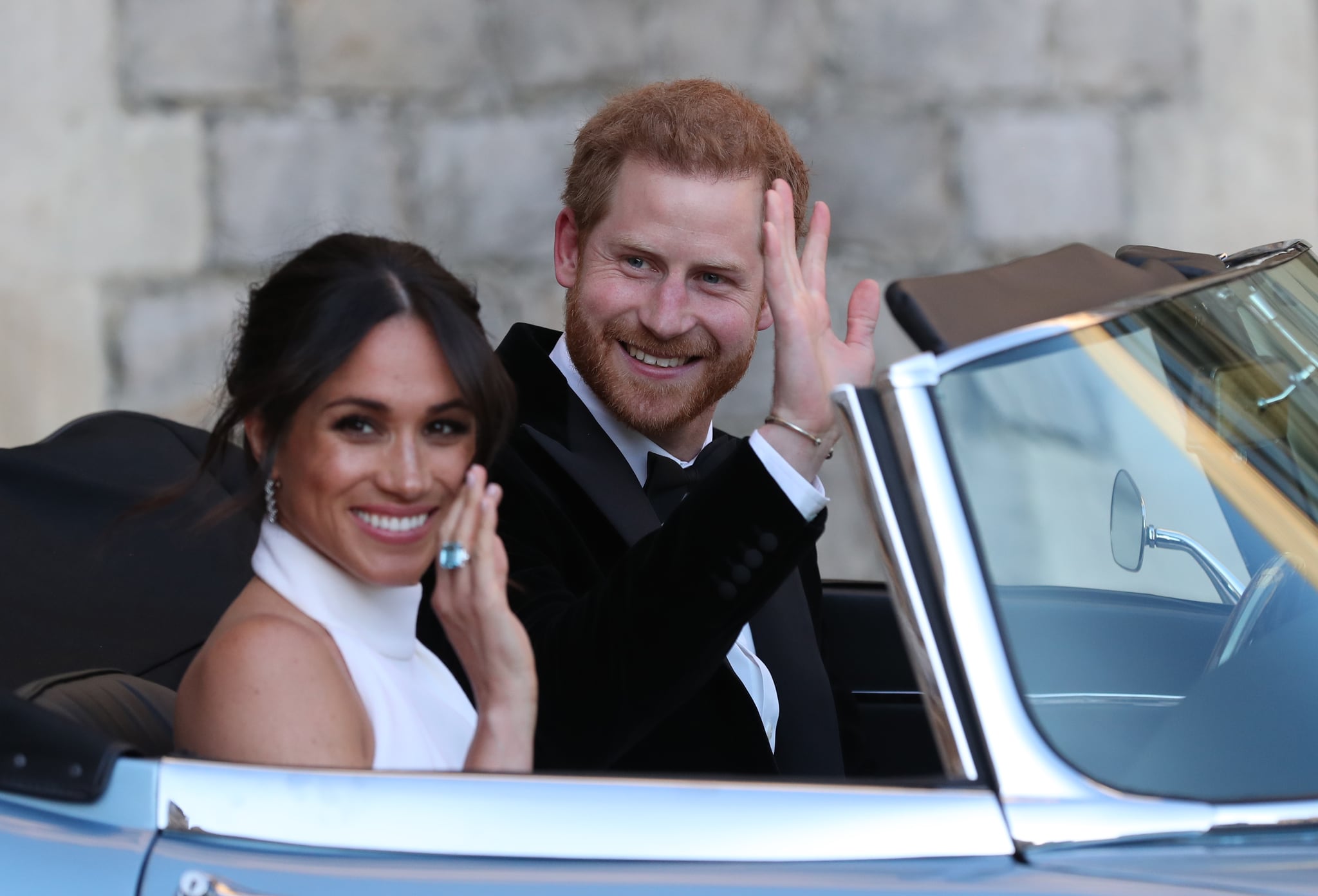 Prince Harry and Meghan Markle became man and wife on Saturday after they tied the knot in a stunning ceremony at St. George's Chapel. After their fairy tale nuptials and carriage procession through the streets of Windsor, the newlyweds changed into their black-tie best — Harry in a black tuxedo and tie and Meghan in a sultry white Stella McCartney gown — and made their way to the Frogmore House for their private wedding reception, which was hosted by Prince Charles. The event was attended by close family and friends, including stars like Serena Williams, Priyanka Chopra, and George and Amal Clooney, the couple had their first dance.

According to The Telegraph, Harry and Meghan chose Whitney Houston's 1987 hit "I Wanna Dance With Somebody (Who Loves Me)" for their first dance. So fun! The party also reportedly had a bar with a "Drinks of the World" theme; it was said to have offered a ginger and rum cocktail that paid tribute to Harry's red hair and was aptly named "When Harry Met Meghan." It seems to have been one hell of a party: fireworks were set off around 11 p.m., and neighbors heard a "thud of loud music" over the grounds of Windsor Castle during the party — way to go, guys! Meghan was also reported to have given a speech during the event, which we're sure was eloquent AF. The thought of Meghan and Harry getting down to Whitney Houston is just too much for us!