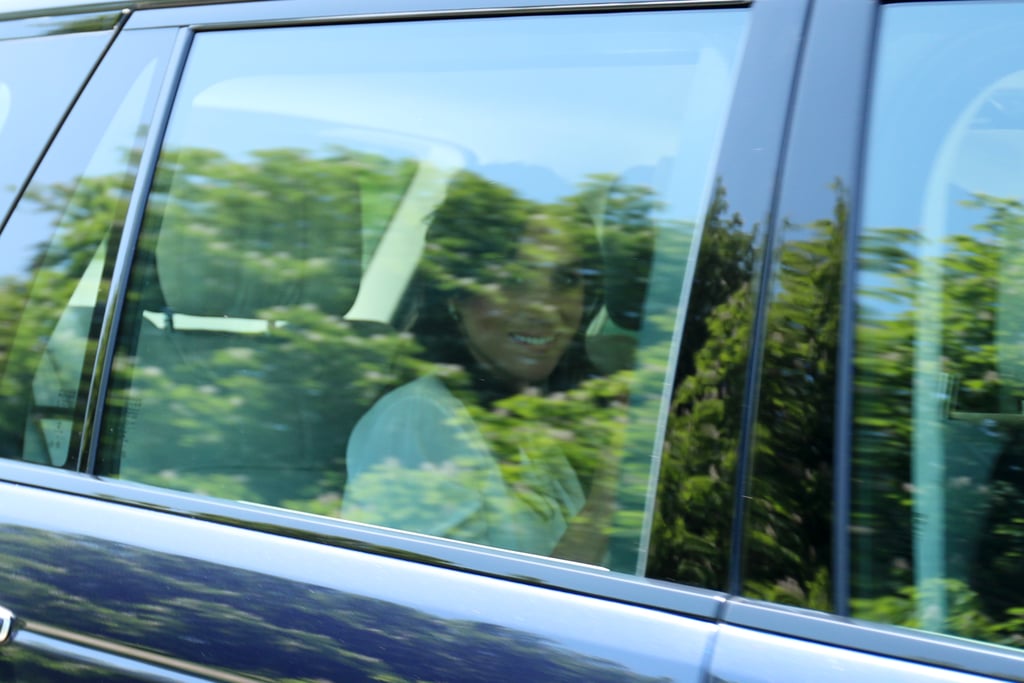 Prince Harry and Meghan Markle were spotted arriving at Windsor Castle on Thursday, just days before the couple is set to tie the knot at St George's Chapel on May 19. Prince William and Kate Middleton also arrived for what appeared to be a dress rehearsal for Harry and Meghan's big day. The photos came just hours after Meghan released a statement confirming that her father, Thomas Markle, would not be attending the wedding due to health concerns.

Earlier in the week, Thomas told TMZ that he was undergoing heart surgery. Many are speculating that Meghan's mom, Doria Ragland, who was not spotted at the presumed rehearsal, will walk her daughter down the aisle in Thomas's place. Keep up with all our coverage of the royal wedding here.