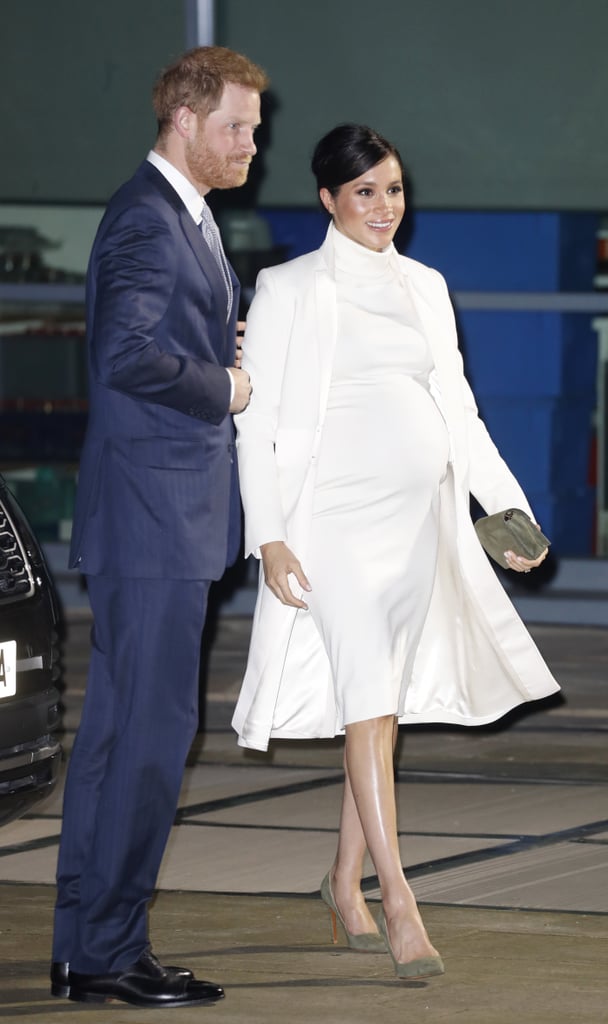 Prince Harry and Meghan Markle are at it again! Follow the royal couple's glamorous date night at the Endeavour Awards last week, the Duke and Duchess of Sussex enjoyed a night of theater on Tuesday, as they attended a gala performance of The Wider Earth in support of The Queen's Commonwealth Trust. The new production, which follows Charles Darwin's journey on the HMS Beagle, is performed in a new theater inside the National History Museum, just a stone's throw away from Harry and Meghan's home at Kensington Palace. For this date night on home turf, Harry suited up in a black suit and Meghan stunned in a white dress.

The year has started off very busy for the royal couple. They're expecting their first child in just a couple of months, but before that they have a string of royal engagements planned, including a trip to Morocco which is already being described by some as their "babymoon" (though it's actually at the request of the British government). They're also set to move to a new home in Windsor, following some big renovations to get it ready for a new royal family. Ahead of all that excitement, take a closer look at their latest outing ahead.