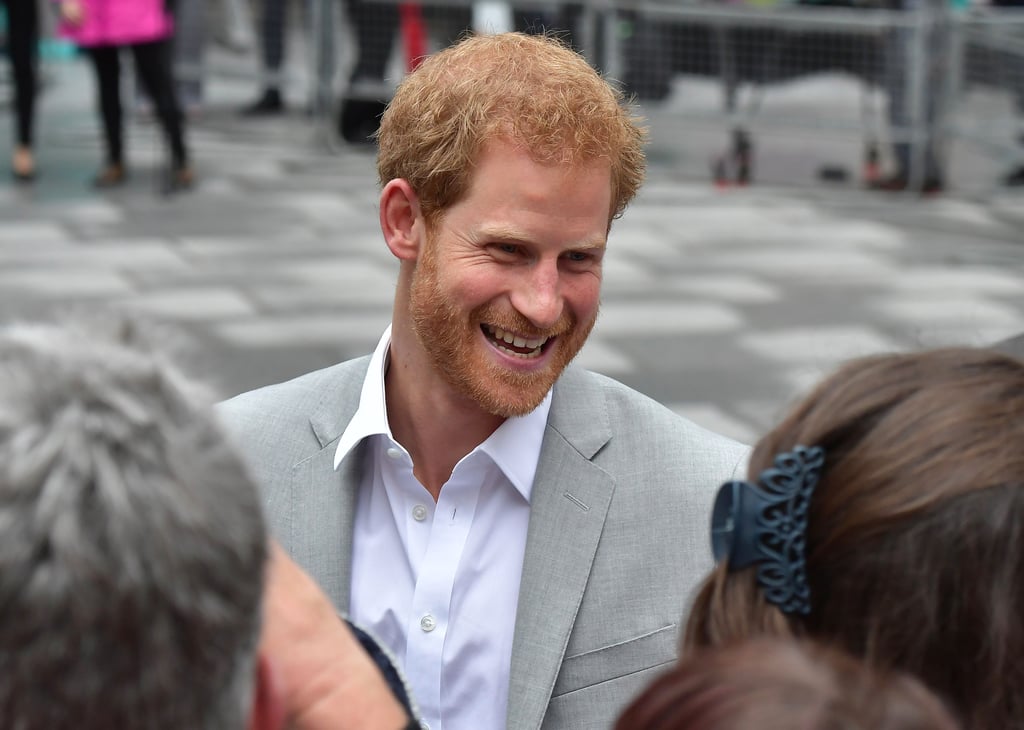 Prince Harry was on fine form on Thursday when he made an appearance in Belfast. All eyes may have been on his nephew, Prince George, that morning as he started school, but we were happy to turn our attention to handsome Harry later in the day. There were funny faces aplenty as the prince greeted the assembled crowds and posed for pictures. He was even filmed giving an adorable baby a slow-mo high five, just one of the many times he has melted our hearts whilst hanging out with kids. On encountering a group of older children in the crowd, he quickly pointed out that they should be in school, laughing with them as he called them out. Read on to see that high-five moment, plus plenty of photos from Harry's trip to Northern Ireland.