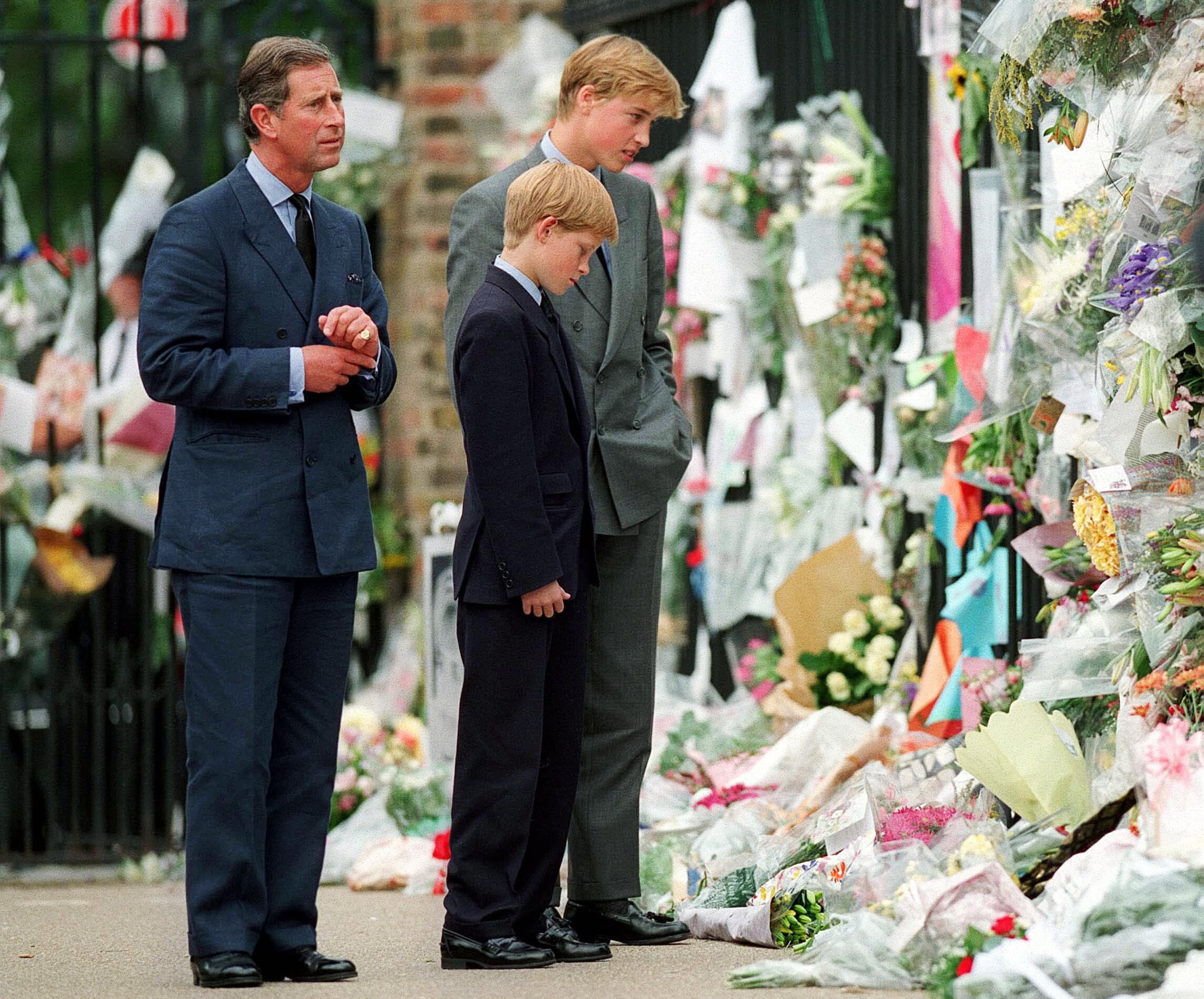 The BBC documentary Diana: 7 Days gave us a very rare insight into how Prince William and Prince Harry coped with the death of their mother, Princess Diana, 20 years ago. The two princes opened up in very frank and heartfelt interviews, discussing their love for their mother, how they coped with the days following her death, and the outpouring of grief from the public.

Soon after Diana's death (and prior to her funeral), the princes attended a service at Crathie Church before being taken to view tributes to Diana that had been left at Balmoral Castle. "I don't remember the service, but I sure remember coming back in the car, stopping, and getting out by the front gates at Balmoral," Harry explained. "Looking back, probably the last thing I wanted to do was read what other people were saying about my mother. Yes, it was amazing — it was incredibly moving to know — but at that point, I wasn't there. I was still in shock."

William confessed to feeling similar to his younger brother. "I remember looking at the flowers and looking at some of the notes that were left, and I was very touched by it, but none of it sank in. All I cared about was I'd lost my mother, and I didn't want to be where I was."

For many of us, the poignant images of the young princes viewing the messages and flowers from the public will be forever etched in our memories. How did they manage to maintain their composure? Both were very aware of their duty as royals, even then. William explained, "When we go out and do things like that, in order not to completely and utterly break down, you have to put on a bit of a game face. You have to be quite strong about it because otherwise you're a walking mess."

Harry, who was just 12 at the time, was determined to keep his tears private. "Looking back on it, I'm glad that I never cried in public. There was a fine line between grieving while working and grieving in private. Even if someone tried to get me to cry in public, I couldn't; I probably still can't, and that's probably from all of that. Whatever happened then has changed me in that sense."

Speaking of a similar appearance soon afterwards at Kensington Palace, the princes were overwhelmed at the emotion they saw from the assembled crowds. "The way that people were grabbing us and pulling us into their arms — I don't blame anybody for that, of course I don't, but it was those moments that were quite shocking. . . . I remember people's hands that were wet because of the tears that they'd just wiped away from their face before shaking my hand." Harry remembered. "I think it was so unusual for people to see young boys like that not crying when everybody else was crying."

The princes are clearly aware that it seemed like some members of the public wanted them to cry, to show more emotion, but their duty as royals was to be strong and composed and to grieve in private. Harry does, however, recognize how much was being asked of him at such a young age. "What we were doing and what was being asked of us was verging on normal then, but now you think, 'What?!' Looking at us then, we must have been in this state of shock."