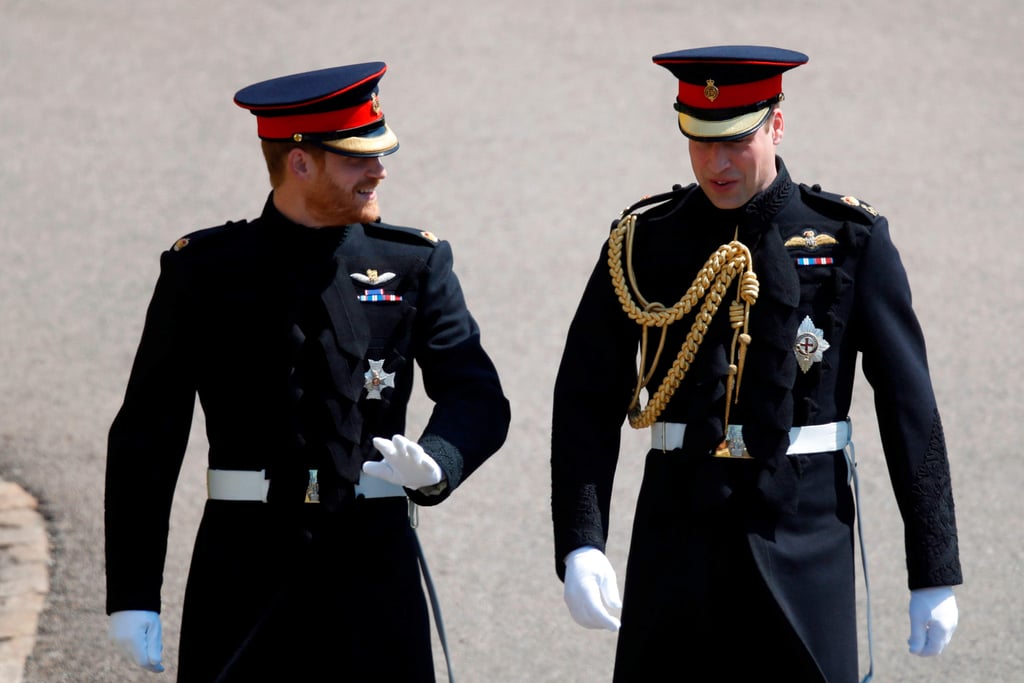 All the Dashing Royal Wedding Pictures of Prince Harry and His Best Man, Prince William

After months of excitement and anticipation, Prince Harry wed Meghan Markle on May 19 at Windsor Castle with his older brother by his side. Prince William was more than ready to support Harry during the royal wedding, having gone through the whole experience himself once before — in case you somehow forgot.

Believe it or not, there was a little confusion about whether or not Harry would indeed ask William to be his best man. Following the engagement news in November 2017, William joked that
he had not yet been formally asked. "He hasn't asked me yet, just to clear that up. It could be a sensitive subject," William said. By April, however, Kensington Palace confirmed that Harry had of course asked his brother to be fill the position.

We're glad he did after all. If not, we wouldn't have ended up with so many heartwarming pictures of the regal duo. Ahead, see all the best brotherly moments to come out of the most highly anticipated wedding of the year.