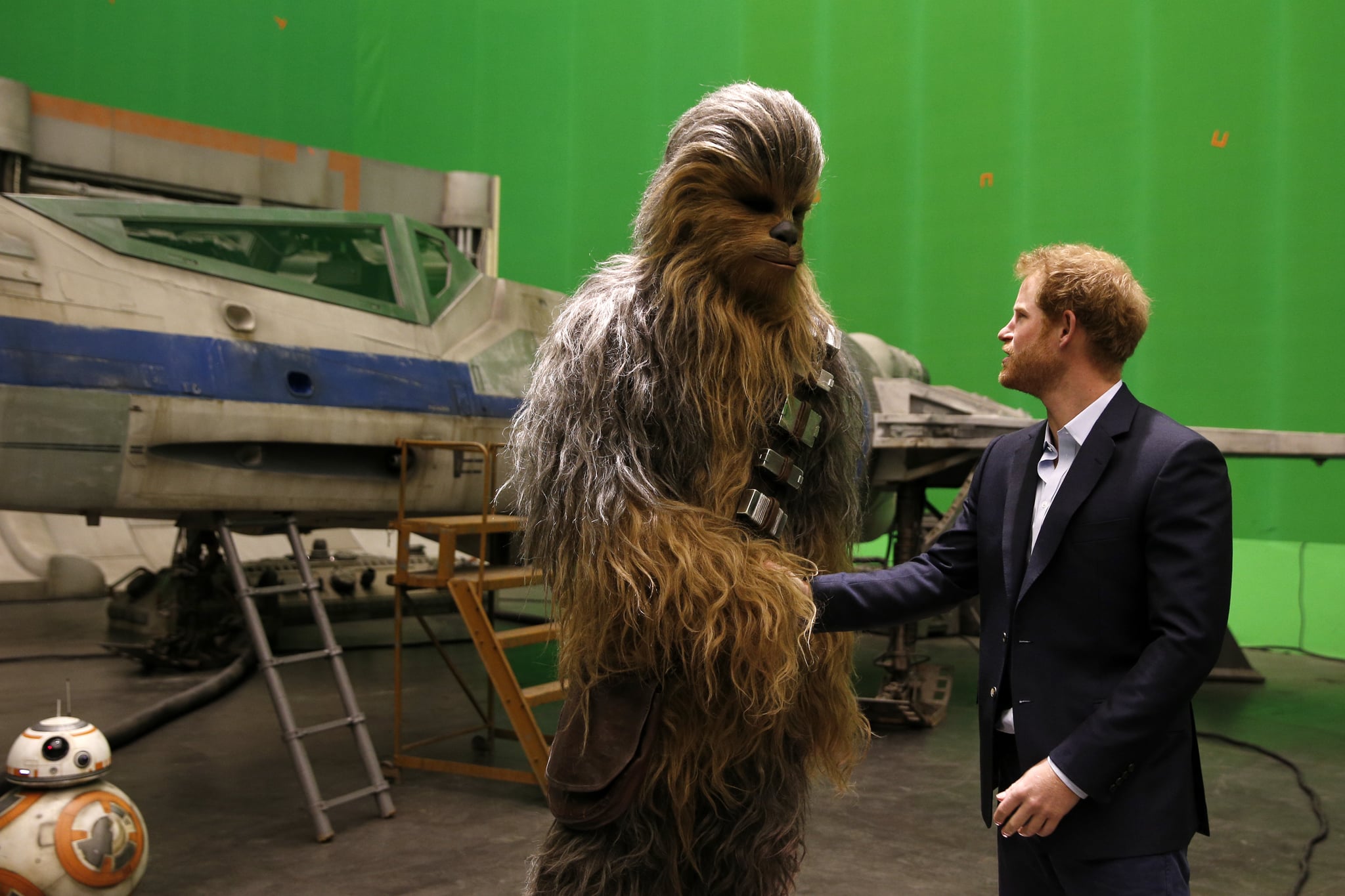 Prince William and Prince Harry got the chance of a lifetime: they visited the set of Star Wars: Episode VIII. Much like the film's numerous behind-the-scenes snaps, these pictures weave together the events of their day quite nicely — we see them huggie Chewie, meeting BB-8, and playing with lightsabers. And yet, one special story managed to stay underwraps . . . until now. According to an exclusive report from E!, the brothers filmed a secret "naughty" scene at one point during the day.

"When they visited the Star Wars set, they spent part of the day shooting a secret scene. During what was meant to be a lunch break on the official schedule of the royal tour at Pinewood, they actually sneaked off to Wardrobe and were dressed up as Stormtroopers for a scene with Daisy, John and Benicio . . . I know that one of the Stormtroopers, not sure if William or Harry, was required to pat Daisy's bottom as he walked past her."

Listen, just because they're princes, it doesn't mean they can't get a little cheeky here and there. We're not sure if this means Harry and William will actually be in the film, but seeing as there were so many fun cameos in The Force Awakens, it's certainly not that farfetched.