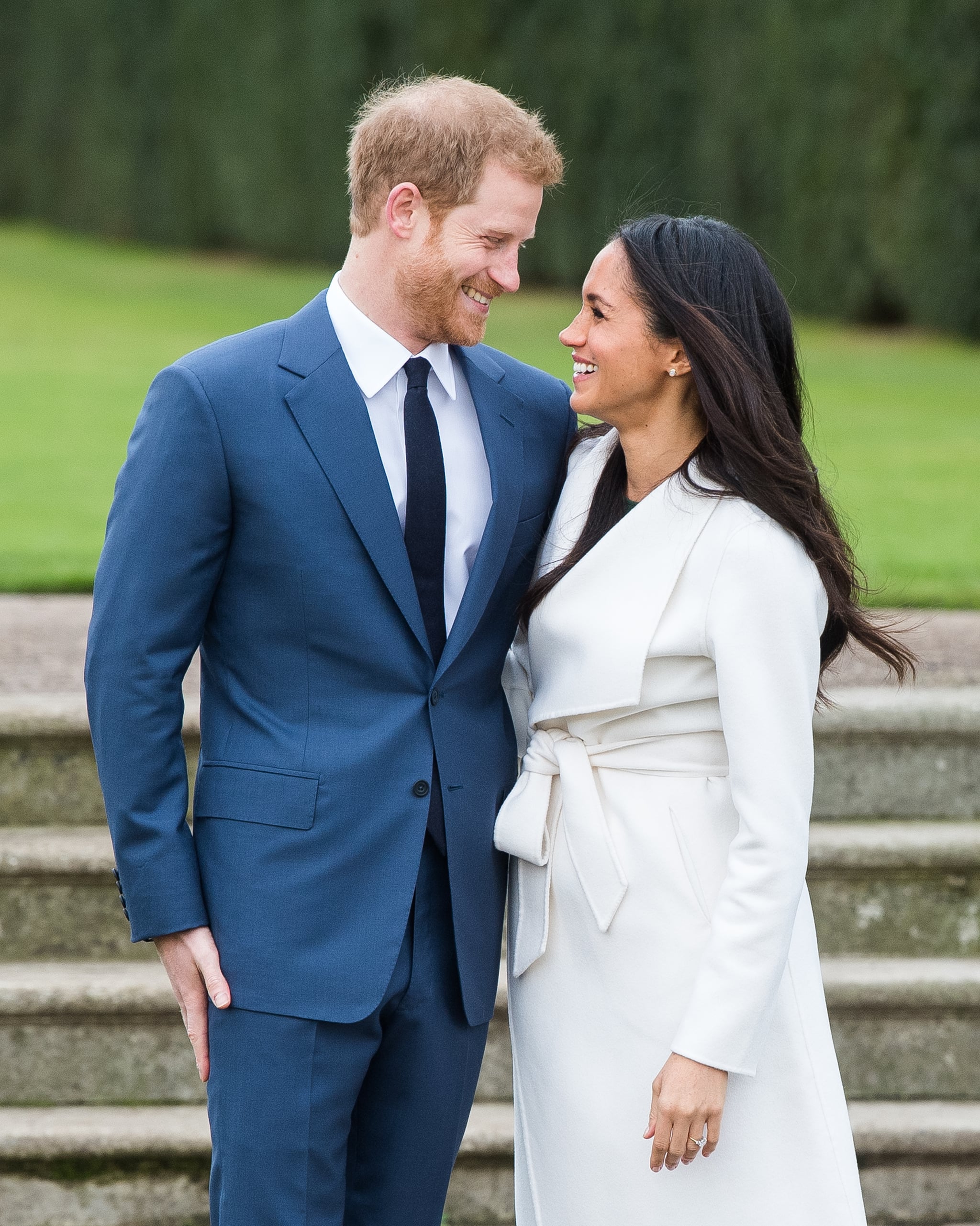 Prince Harry and Meghan Markle announced their engagement on Monday, and showed sweet, giggly PDA while posing for pictures at a photocall at Kensington Palace's Sunken Gardens. During the short outing, Harry couldn't keep his eyes off of his stunning fiancée, and when asked by a reporter when he knew that Meghan was "the one," the prince replied, "The very first time we met."

Meghan first met Prince Harry in Toronto (where her USA series Suits is filmed) while he was launching the 2017 Invictus Games back in May 2016. As Harry put it in the couple's first televised interview with BBC, "This beautiful woman just literally tripped and fell into my life." He and Meghan appropriately made their first official appearance as a couple at the Invictus Games in Toronto in September 2017. Harry's statement to reporters is just the tip of the iceberg when it comes to gushy quotes about his gorgeous other half.