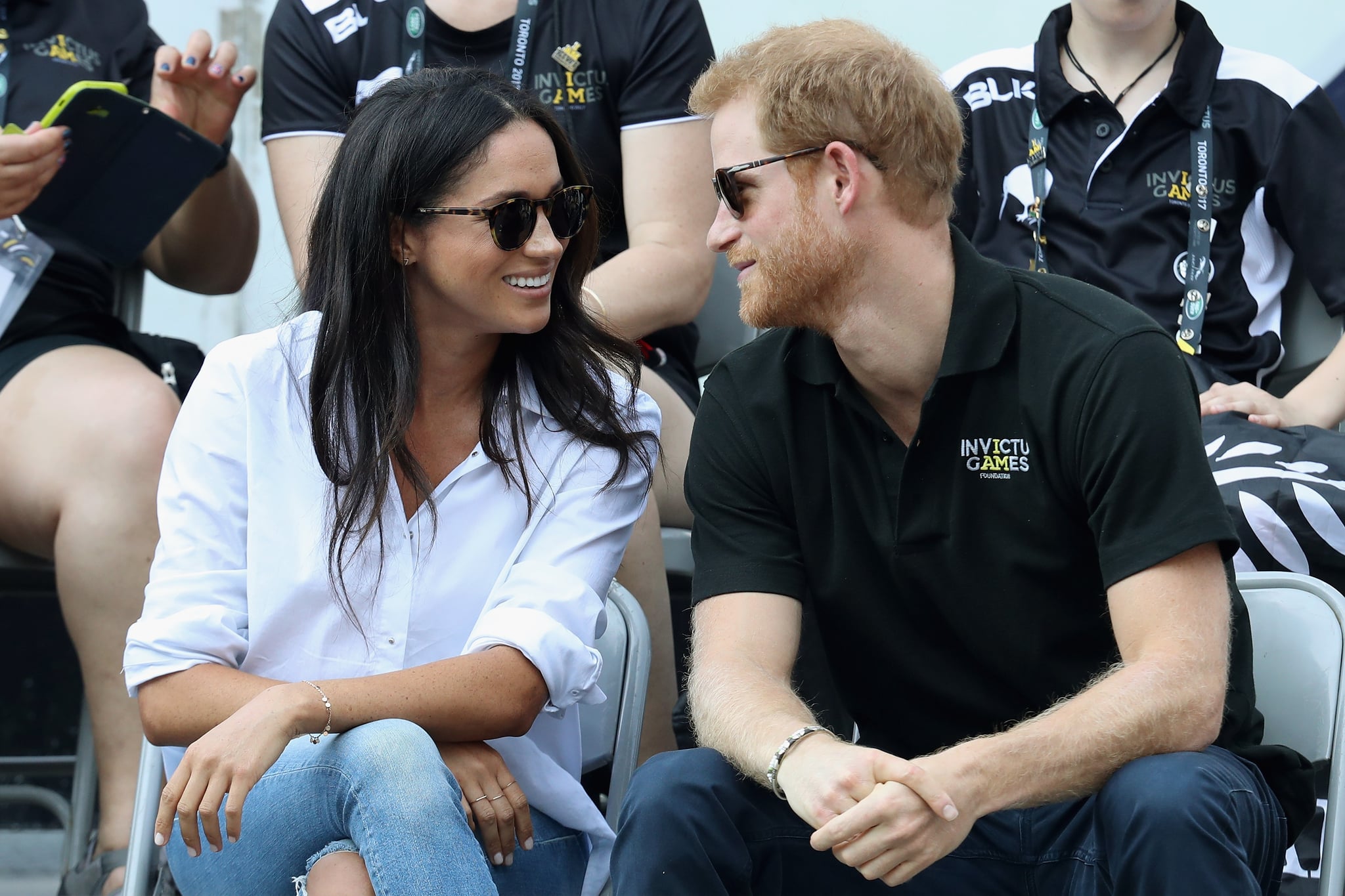 Despite the fact that Prince Harry and Meghan Markle had been dating for over a year before getting engaged, it seems that Harry had his sights set on the Suits actress long before then. According to royal expert Katie Nicoll, the royal described Meghan as his "ideal girl" two years before they even met. "He had a crush on Rachel Zane [Meghan's Suits character] two years before he met Meghan, and the reason I know is because I was having drinks with one of his friends," Katie explained in a preview for the When Harry Met Meghan: A Royal Romance special, which premieres in the UK on Oct. 27, 2017. "She told me she'd been on a night out with Prince Harry. He was single at the time, so she said, 'Harry, who's your ideal girl?' And he said, 'Meghan Markle from Suits.'"

It's no secret then that Prince Harry's charm and romantic gestures later on paved the way for what was to become one of the most elegant pairings in royal history! Show us a cuter couple, we'll wait.