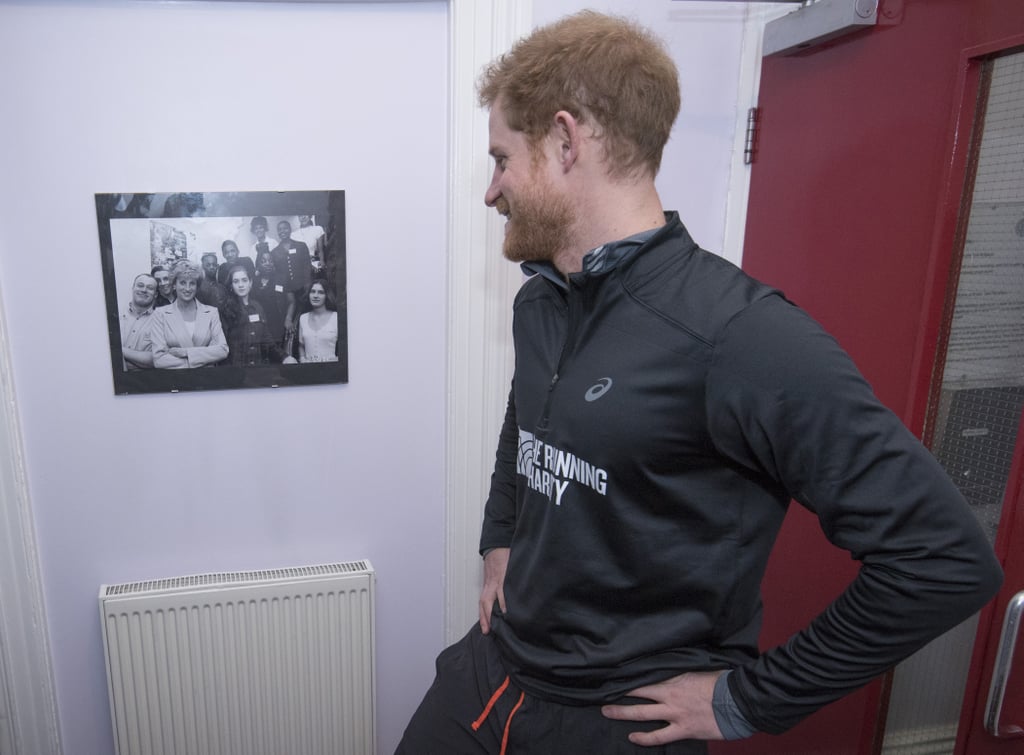 Prince Harry paid a visit to The Running Charity in London, and ended up recreating a touching moment from his late mother, Princess Diana. Harry arrived ready for a workout and, before warming up and leading a jog around town with staff and group members, passed by a photo of Diana posing on a staircase with a group of young people; the location of his meeting, the Depaul hostel in Willesden Green, was opened by Diana in June 1995. Harry adorably gathered a group of charity members to recreate the shot, right down to crossing his arms the same way his mom did. The Running Charity is the UK's first running-oriented program for homeless and vulnerable youth, and Diana reportedly "really connected with the young people, and returned in a private capacity to play ball games with them," according to Martin Houghton-Brown, the U.K. chief executive of the Depaul group of hostels.

Both Harry and his older brother, William, have been opening up more and more in recent months about the effect their mother's death has had on them, and are aiming to help other people who have lost parents at a young age to cope with their loss. Harry, who was just days away from his 13th birthday when Diana was tragically killed in a car accident, has admitted to burying his emotions after the life-changing incident, adding, "I still didn't even want to think about it." William has also made strides in reaching out to young people dealing with tough times: during a recent visit to a UK center for grieving children, William shared a heartfelt moment with a little girl, telling her, "I lost my mummy when I was young, too. It's very important to talk about it. Very, very important."