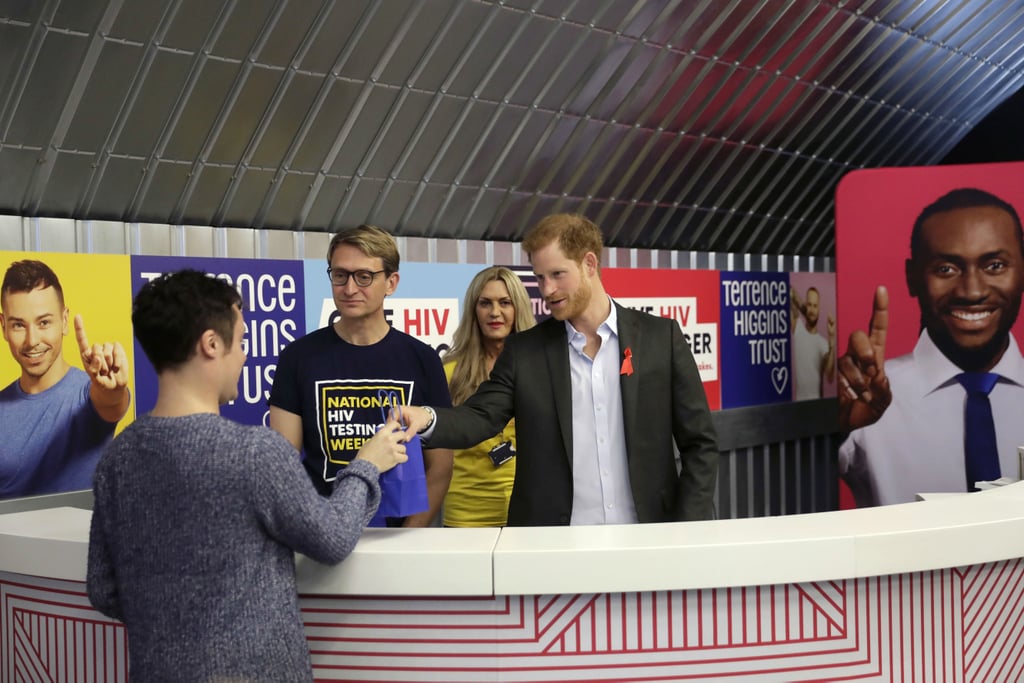 Prince Harry is following in Princess Diana's footsteps! On Wednesday, the royal visited the Terrence Higgins Trust HIV Testing Center in London to kick off this year's National HIV Testing Week, which runs from Nov. 18 to Nov. 25. The pop-up center aims to provide a space where people can access information regarding HIV/AIDS and will provide full support and treatment to people who test positive. During his visit, Harry handed out HIV self-test kits to local residents and met with volunteer Andrew Bates, who was diagnosed with HIV in 2015. "So the instructions are idiot-proof for people like myself?" Harry jokingly asked while learning about the HIV self-test kits, which provide results in just 15 minutes.

Diana did so much to promote awareness and remove the stigmas of AIDS when she was alive, and as a result, the cause has also become close to Harry's heart. In addition to traveling to Africa to work with children affected with AIDS, Harry set up his charity Sentebale to support orphans and children affected by the epidemic, and he also challenged the HIV stigmas when he visited a local HIV clinic in London and got tested live on Facebook in 2016. If only there were more people like Harry out there.