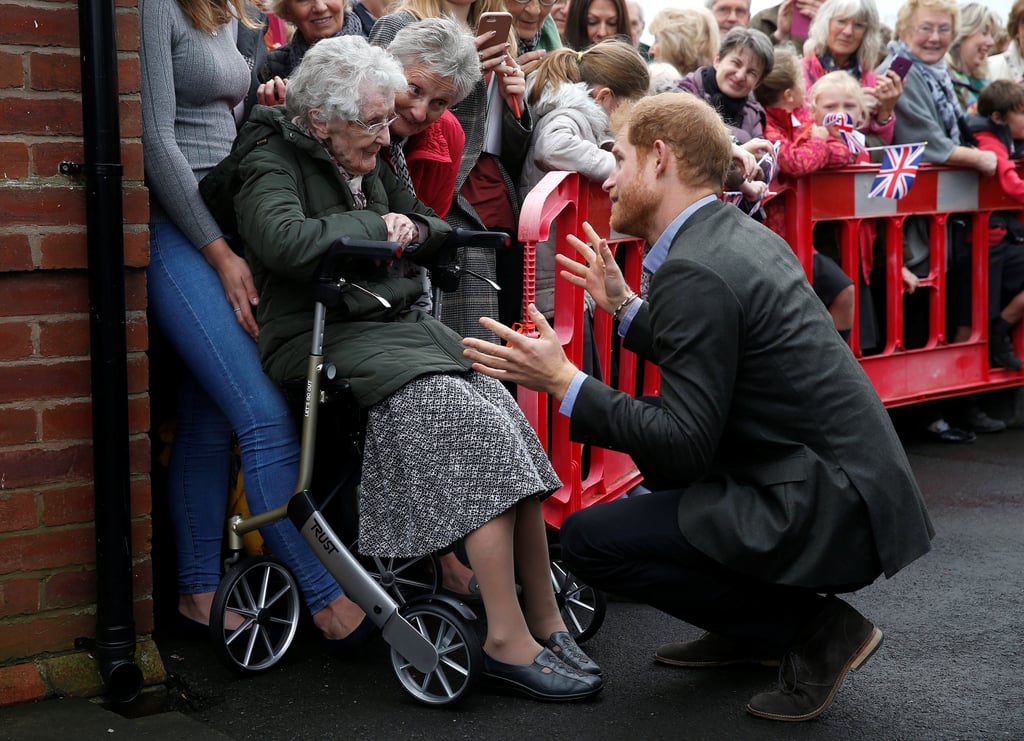 Prince Harry's dedication to helping others is truly inspiring. On Monday, the royal paid a special visit to Lancashire, England, where he carried out a series of philanthropic engagements that related to his areas of interest: veterans, conservation, and the use of sport to drive positive social change. Harry kicked off his day at Veterans UK in Norcross to mark the 25th anniversary of the helpline service, which aims to provide welfare support for veterans and their families. While there, Harry listened in on calls and met with the staff. The royal then followed up on his February 2016 visit to St. Michael's on Wyre when he officially reopened a village hall that was ravaged by flooding in 2015. He also met with children, but it was ultimately his precious reunion with 99-year-old Winnie Hodson, whom he first met in 2016, that really melted our hearts.

Related:
31 Times Prince Harry Was in Uniform and You Got Weak in the Knees

Later that afternoon, Harry stopped by Myplace at Brockholes Nature Reserve to roast marshmallows with a group of young children. The project aims to empower kids by encouraging them to take action in environmental activities, and Harry looked right in his element as he at around the campfire. For his final visit, the royal dropped by the UCLan Sports Arena, where he watched the Lancashire Bombers Wheelchair Basketball Club play and met with some of the center's members. It's safe to say that Harry is having one busy year!