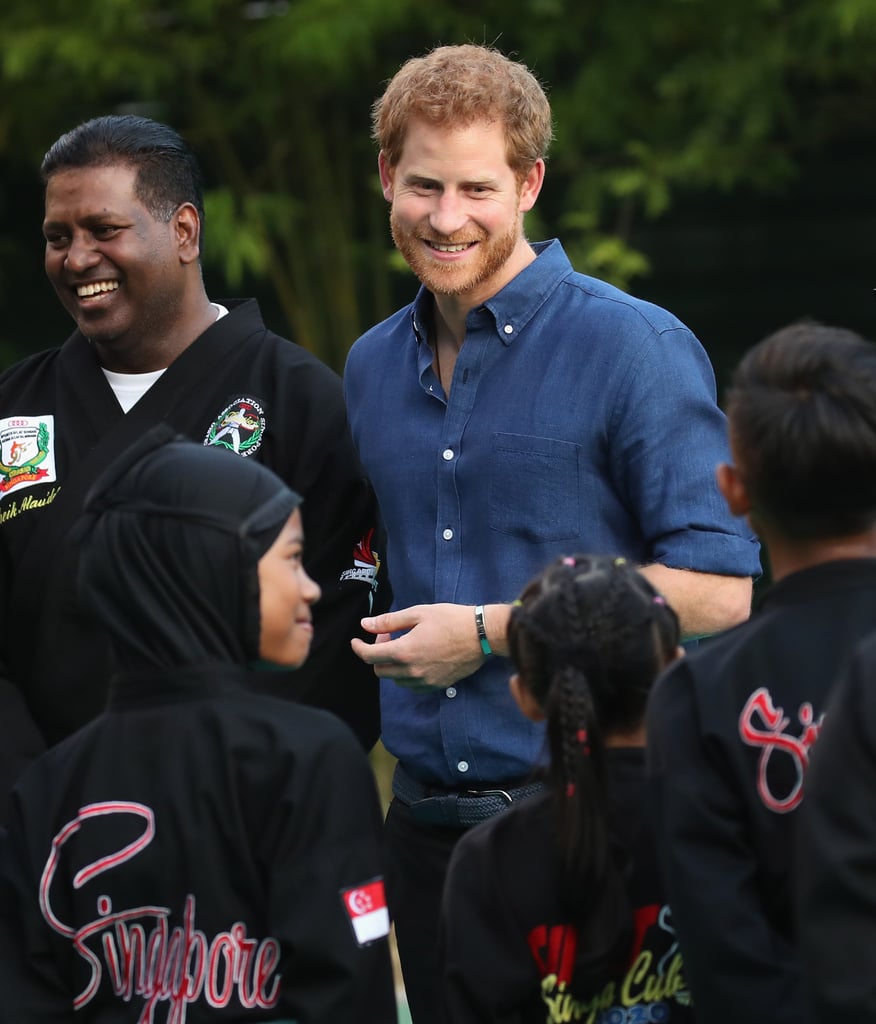 Prince Harry is on a roll! After meeting with Barack Obama and the team who will represent the UK at the Invictus Games, the 32-year-old royal touched down in Singapore on Sunday for his two-day trip. Upon his arrival, Harry stopped by the Jamiyah Education Centre, where he watched a martial arts match and looked in awe as the competitors took to the mat. He then took part in iftar (the breaking of the fast during Ramadan) by eating porridge and a dish of dates.

Harry also paid tribute to the victims of Saturday's London Bridge attack that left 7 people dead and 30 injured. "Let peace and harmony prevail in communities all over the world," he said as the call to prayer was made by Islamic scholar Muhammad Rafiuddin Ismail. This is Harry's first time in Singapore, and during the rest of his trip, Harry is set to attend an Action for Aids reception as well as take part in the Sentebale Royal Salute Polo Cup.