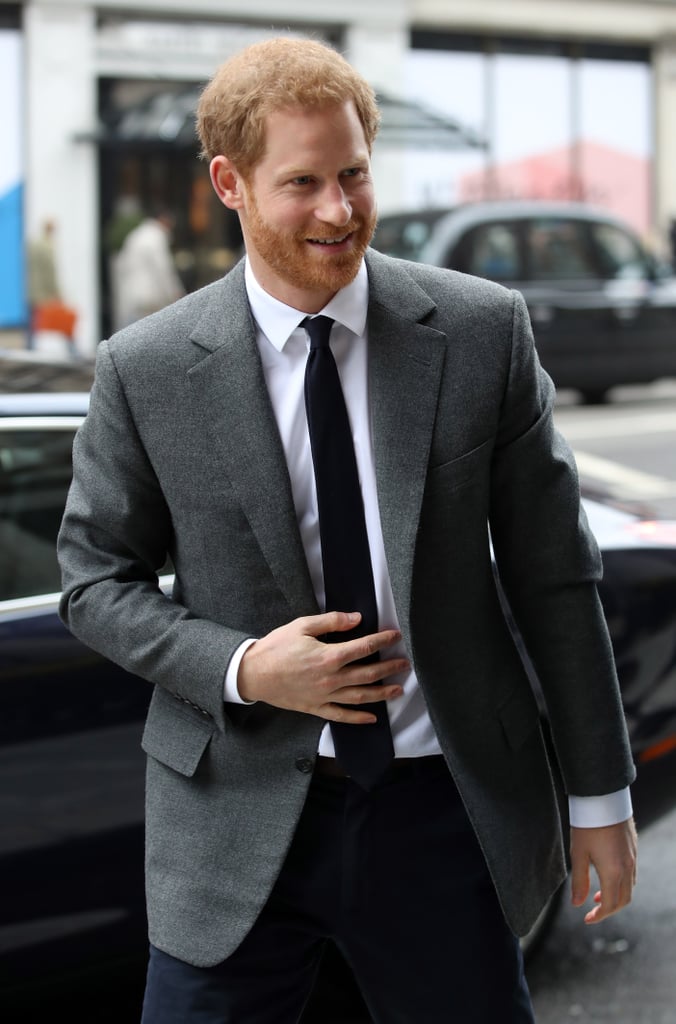 The countdown for the royal wedding is on, but Prince Harry is sticking to business as usual. The 33-year-old, who is set to tie the knot with Meghan Markle next month, made a dashing appearance in London on Wednesday as he attended the launch of Walk of America. The event, which sheds light on wounded soldiers and opens up the conversation surrounding mental health, will feature a team of six veterans from the United States and the United Kingdom as they walk 1,000 miles from the West to East coasts of the US in 14 weeks this Summer.

While Harry won't be joining the veterans for their walk, he might make a special appearance to show his support. Since the event kicks off in Meghan's native LA, there are reports that the couple will embark on a royal tour of the United States for the occasion. "Meghan wants to take Harry home once they are married on a formal tour," a source told Vanity Fair. "It's her home and she would love to go there with Harry after the wedding." Not to mention it would give Harry an opportunity to reunite with friends Barack and Michelle Obama since they won't be attending his wedding. See more from Harry's recent outing ahead.