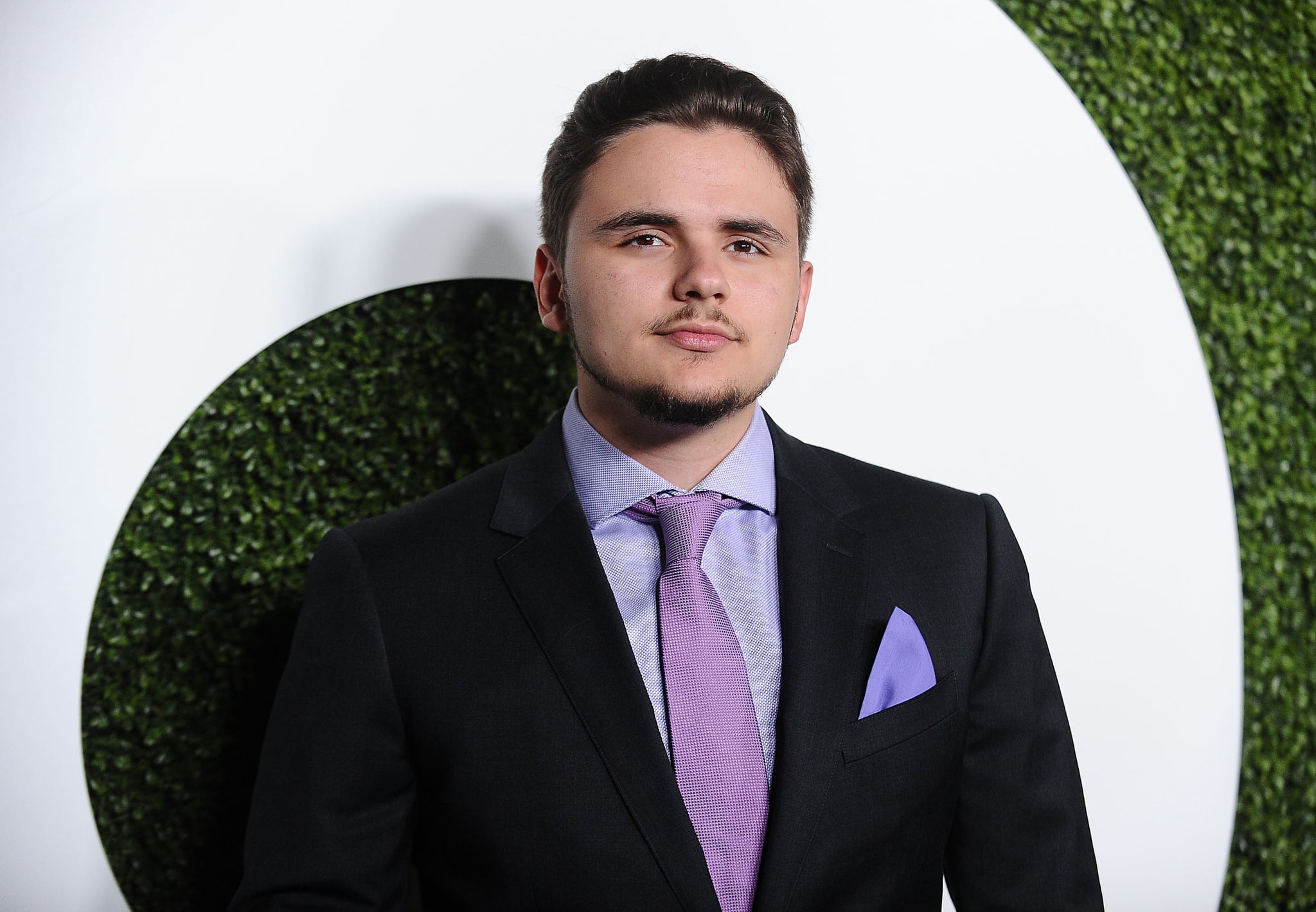 Michael Joseph "Prince" Jackson Jr. is honoring his late dad in a very big (and permanent) way. Prince paid tribute to the King of Pop by getting a tattoo of his father on his calf. He debuted the new ink on Instagram on Saturday, and the illustration shows Michael in one of his most iconic moves wearing a black suit complete with a red shirt, black suspenders, and a white sequined glove. "Thanks @dermagraphink for sittin 9hrs with me for such an incredible and beautiful tattoo. I will be posting more of this," Prince wrote.

The typically private 20-year-old recently sat down with Good Morning America and discussed how he's been using the last few years to build something his father would be proud of. "I'm not a fan of having my private or personal life being out there," he said. "But I understand the importance of showing what I do and hopefully trying to inspire others to continue spreading the good and helping the community." He also opened up about the influence his father had on him, despite his untimely death in 2009. "As we were growing up, my dad always said, 'I really don't care what you do in life as long as you're happy doing it and you're the best at what you do. If you want to be a janitor at a high school, you should be the best janitor that you can be.'"