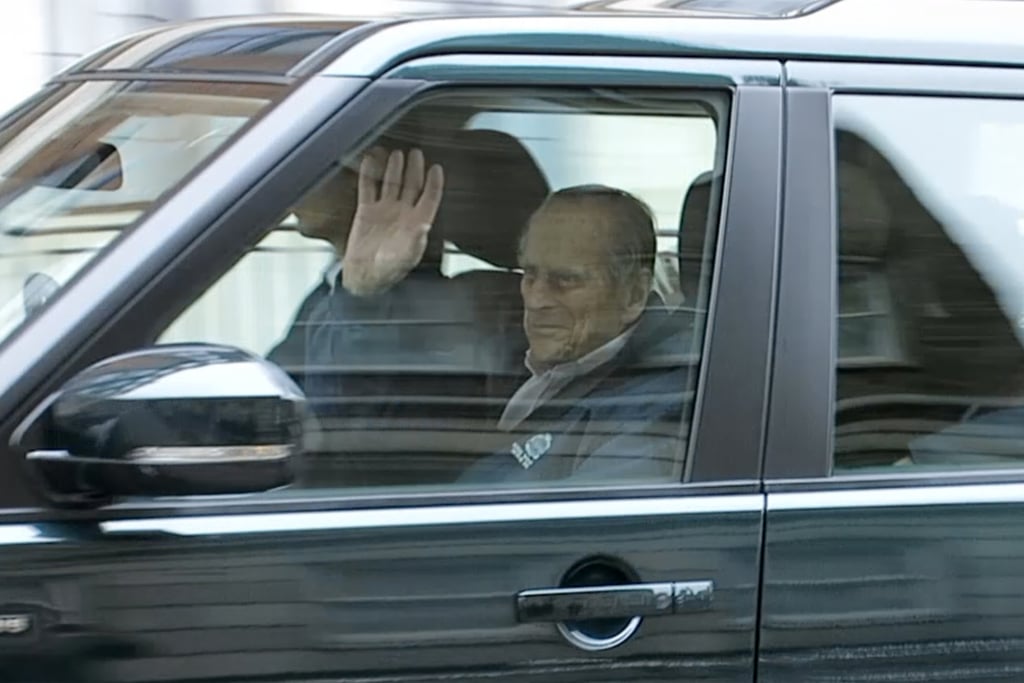 Prince Philip recently underwent a hip replacement operation, and on Friday, the 96-year-old royal was photographed leaving King Edward VII's Hospital in London. Philip appeared to be in good spirits as he flashed a sweet smile and waved to nearby onlookers.

Philip was admitted into the hospital for hip surgery on April 3. Buckingham Palace released a statement at the time, saying that the royal had been having "trouble with his hip" recently, which is why he canceled his annual Maundy church service appearance with Queen Elizabeth II this year. Following his surgery, the palace confirmed that the operation was "successful" and that Philip was "progressing satisfactorily." We're so glad to hear that Philip is doing much better!