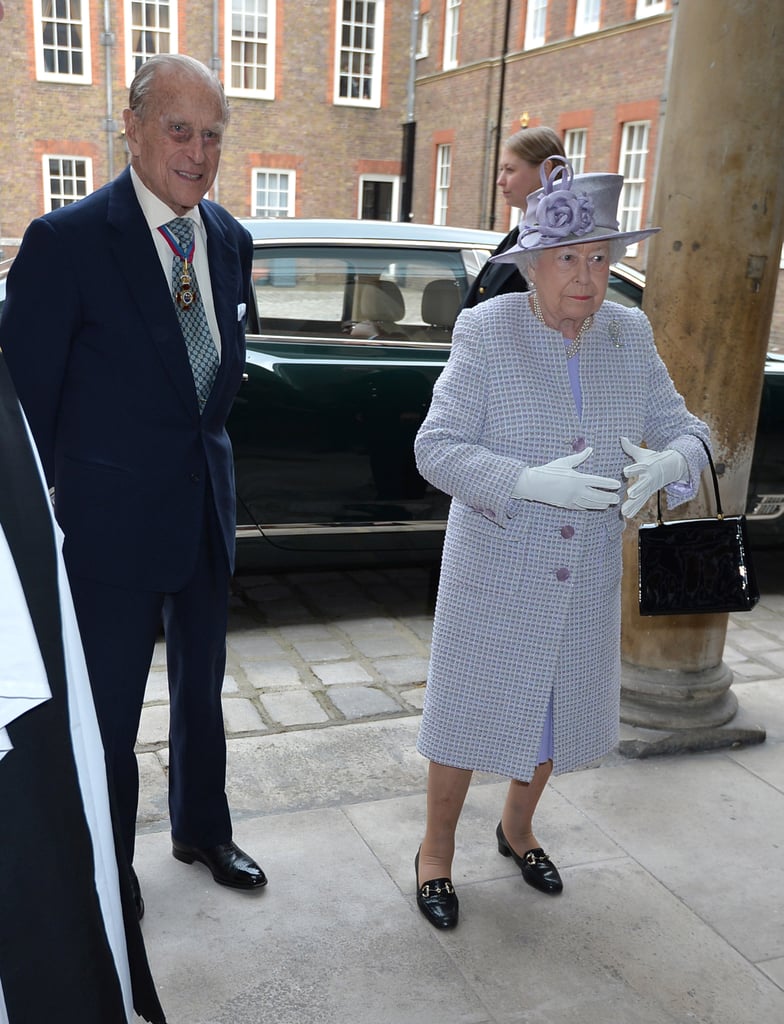 Prince Philip was all smiles on Thursday when he stepped out in London after announcing his retirement. The Duke of Edinburgh had his wife, Queen Elizabeth II, by his side as he visited the Order of Merit Service at St. James's Palace. He appeared to be in good spirits as he mingled with guests. Rumors about his and the queen's health recently went into overdrive when Buckingham Palace called for an emergency meeting for all staff early Thursday morning. However, an announcement was made shortly after 10 a.m. UK time that the 95-year-old royal would be stepping down from royal duties as of this Fall. Until then, he will continue his previously scheduled engagements.