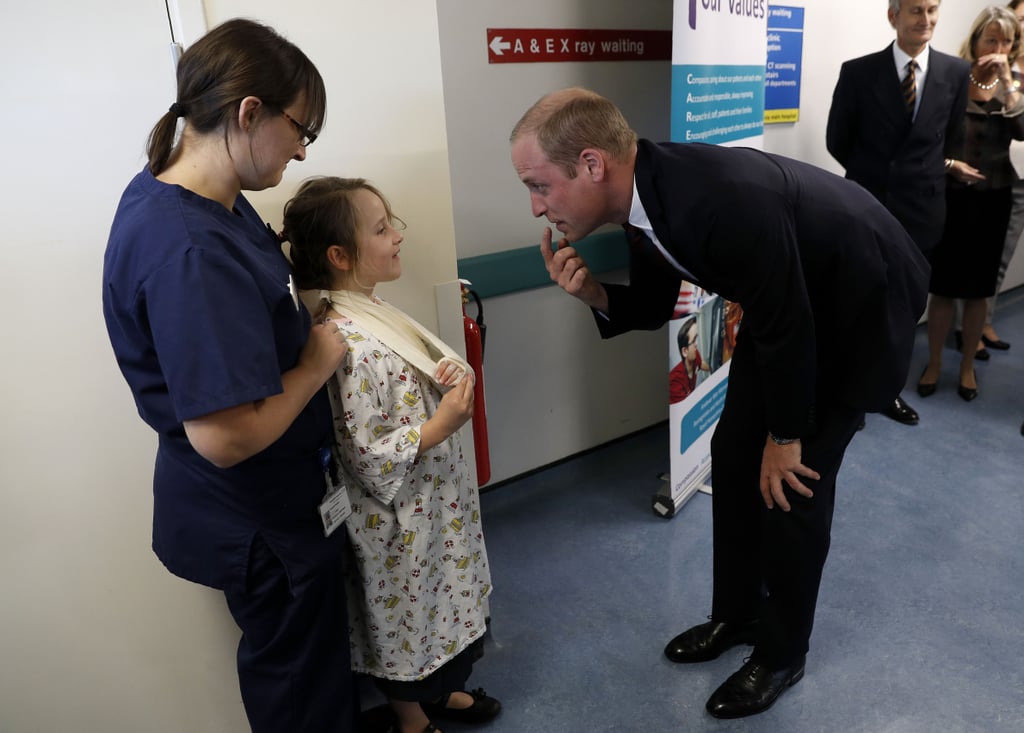 After celebrating World Mental Health Day with Kate Middleton and Prince Harry, Prince William continued his charitable acts by paying a special visit to Basingstoke and North Hampshire Hospital in the UK to focus on providing employment for military veterans. The royal received a warm welcome by the hospital staff upon his arrival, and once inside, William met with several patients, including a 7-year-old girl named Anna Kape, who discussed her missing front tooth and broken arm with him. Later that evening, William attended the MOD Employer Recognition Scheme Gold Awards at London's Royal Hospital Chelsea, where he presented an award and mingled with the Secretary of State for Defense, Michael Fallon.

Meanwhile, Kate wrapped up her first-ever solo tour since marrying William in the Netherlands. She was given a tour of the garden at Villa Eikenhorst and the At Home in Holland: Vermeer and His Contemporaries From the British Royal Collection exhibition, and hosted a round-table discussion at the British ambassador's residence with two of her charities, the Anna Freud Centre and Action on Addiction.