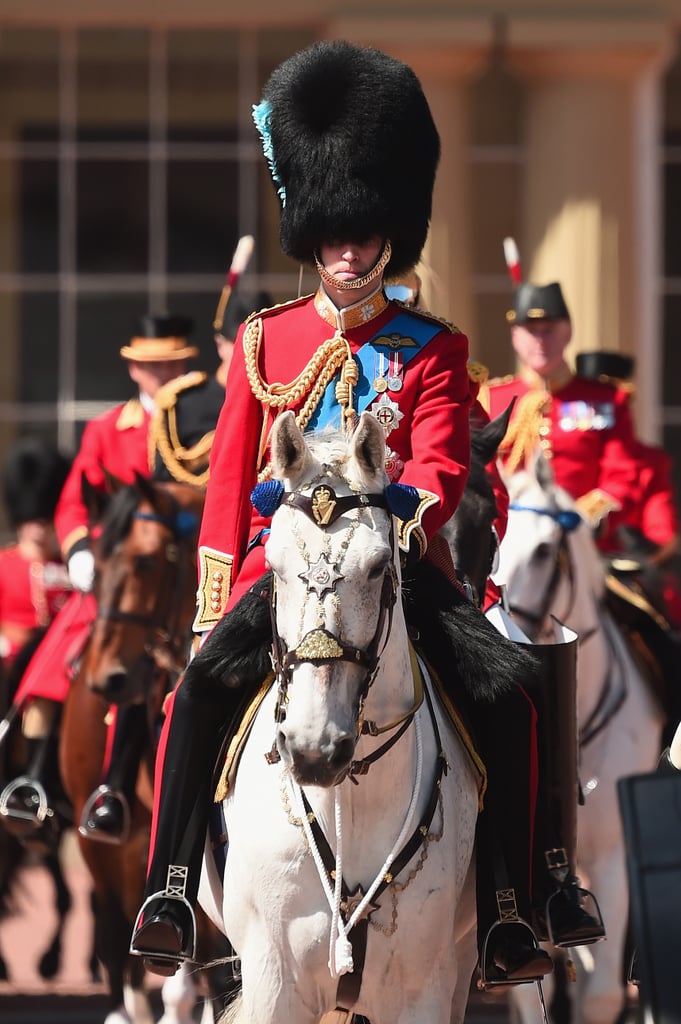 Prince William is gearing up for the annual Trooping of Colour parade in London. As Colonel of the Irish Guards, the royal attended The Colonel's Review for the first time on Saturday. The Colonel's Review is a military rehearsal for the queen's birthday parade (also known as Trooping the Colour), which is scheduled to take place on June 17. William braved the heat in a bearskin hat and a red and gold guardsmen uniform and practiced his salute while riding on a white horse along with 1,400 soldiers from the Household Division. Queen Elizabeth II was not in attendance for the rehearsal, but she will be front and center for the actual parade as she is every year.

The past two parades have been extraspecial given that they marked Prince George and Princess Charlotte's Buckingham Palace balcony debuts. In 2015, George wore the same blue outfit William donned when he crossed the same milestone off his list as a kid, and the following year, Charlotte pretty much stole the spotlight from the queen with her adorable antics. We can't wait to see what the royal family does this year!