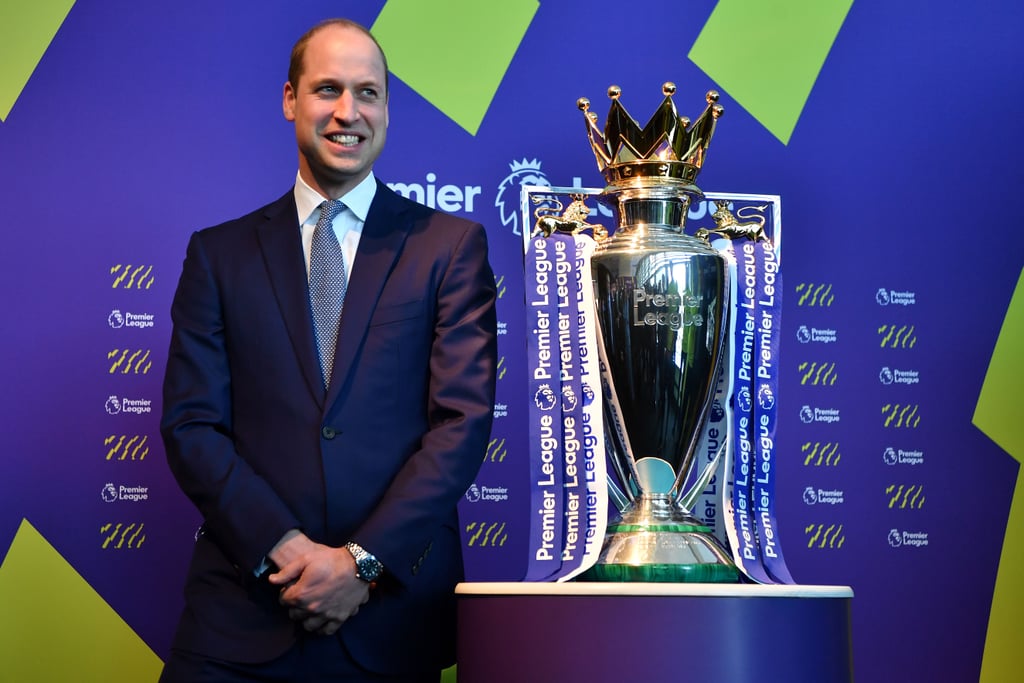 Prince William is keeping busy as he gets ready to expand his family. The 35 year old, who is expecting his third child with Kate Middleton later this month, made a public appearance in London on Tuesday as he attended a session for the week-long Commonwealth Heads of Government Meeting at the Queen Elizabeth II Conference Centre. The royal sat down for a roundtable discussion with attendees before meeting with a handful of officials at Buckingham Palace. On Monday, he also made a few opening remarks as he attended the "Welcome to the UK" reception.

The royal couple has been keeping mum about the exact due date of their third child, but we have a feeling it could be very soon. Not only is Kate officially on maternity leave, but the hospital where she gave birth to Prince George and Princess Charlotte has been busy making preparations for the little one's arrival. Aside from painting the railings where the royal couple usually poses for photos with their newborn, St. Mary's Hospital has already enforced parking restrictions and lined up barriers around the area. We can't wait to find out if the new royal will be a little prince or princess!

Related:
Is It Just Us or Do Prince William and Kate Middleton Look More in Love Than Ever?
Previous Next Start Slideshow
Join the conversation
The British RoyalsPrince WilliamThe Royals
Latest Celebrity and Entertainment