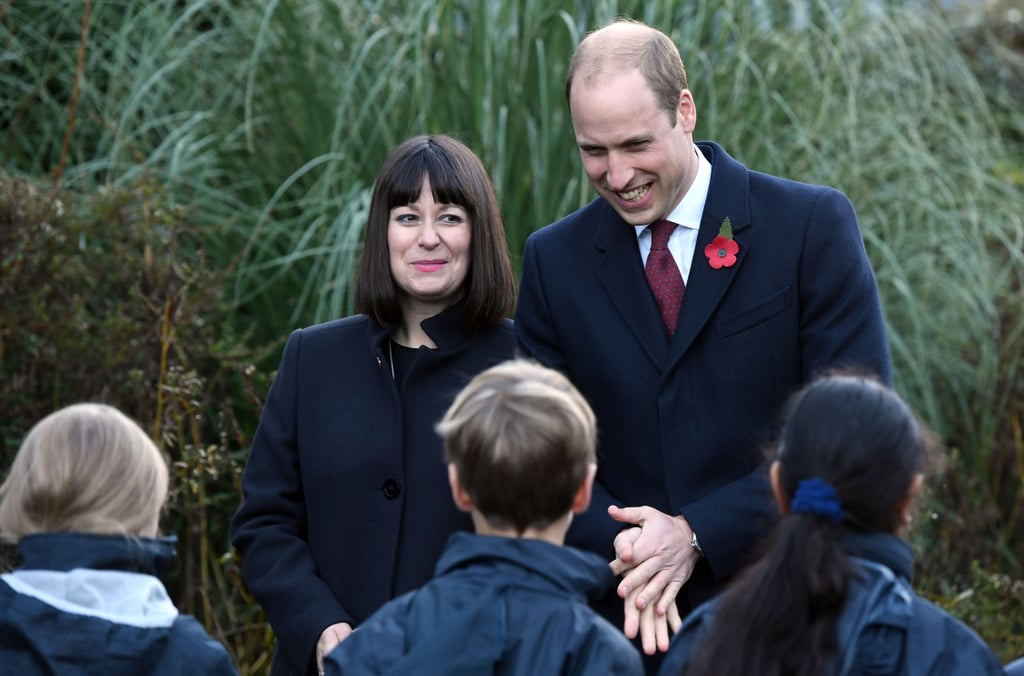 Prince William was all smiles when he visited the Kensington Memorial Park in London. The father of two, who was there to mark the dedication of the park by the Royal Borough of London & Chelsea to the Centenary Fields program, certainly wasn't afraid to get his hands dirty as he knelt down on the ground to plant poppy seeds with local students ahead of Remembrance Day. He even showed off his sweet paternal side when he bent down to talk with an adorable little girl in the group. During his visit, the famous royal also spoke with war veterans about his work with the Centenary Fields program, which helps remember those who lost their lives during World War I by securing outdoor recreational space for the benefit of future generations. While Will bonded with children, his brother, Prince Harry, showed his respects for members of the armed forces by visiting the Field of Remembrance at Westminster Abbey alongside Prince Philip.