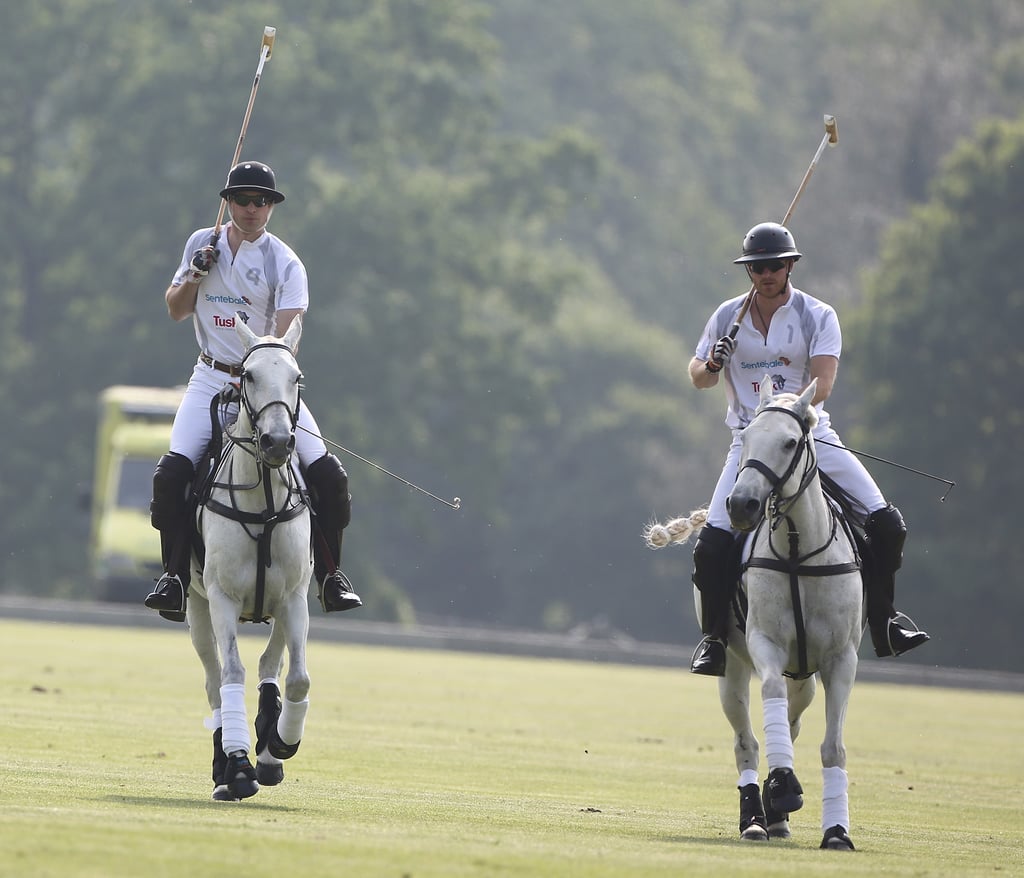 As if we needed another reason to swoon over Prince William and Prince Harry. The brothers made their way down to Coworth Park for the first day of the Audi Polo Challenge in London. While Harry has taken part in a few matches over the years, it's been a while since we've seen these two out on the field together. Before the match, William was spotted prepping on the grass with a series of yoga poses, adding to some of his best moments from the year. The event also brought out fellow English hottie Tom Hardy, who posed with William after the match. Keep reading to see more of William and Harry, then see what else is in store for the royal family in 2016.