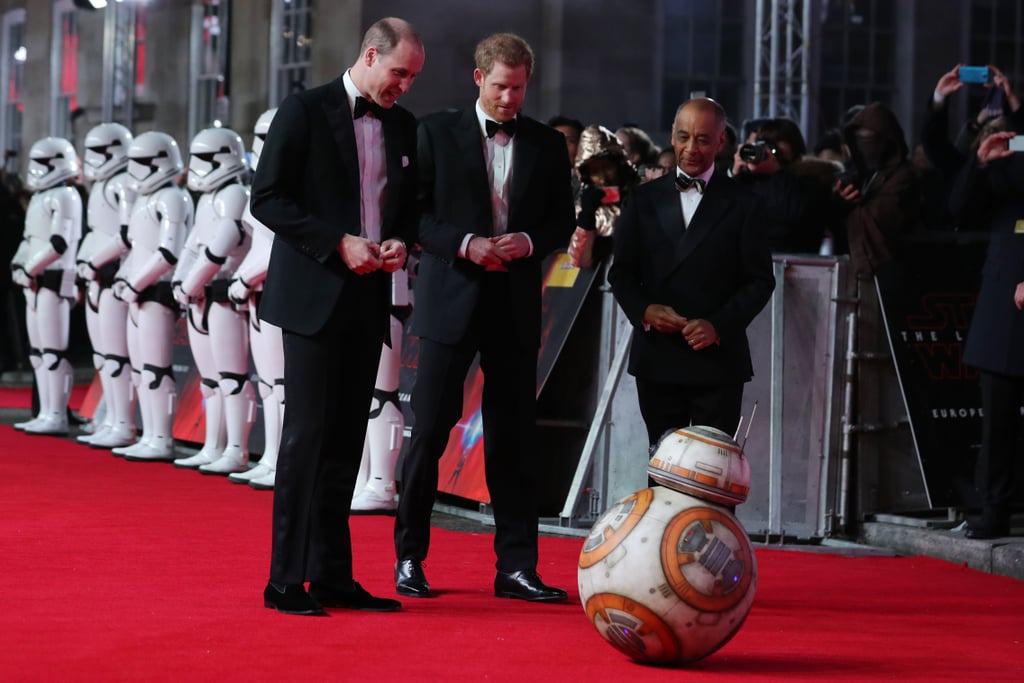 Prince William and Prince Harry looked dapper in suits and bow ties as they arrived for the European premiere of Star Wars: The Last Jedi at Royal Albert Hall in London on Tuesday. The brothers followed cast members Daisy Ridley, John Boyega, Mark Hamill, and Oscar Isaac on the red carpet, though technically they count as cast members, too; after visiting the set last April, Harry and William landed coveted roles as stormtroopers in the film. On the carpet, they smiled while passing a line of stormtroopers and stopped to take a look at another character, BB-8.

Tuesday's premiere benefited the Royal Foundation, and more than 400 people who have taken part in their programs joined the royals at the event. They also invited some of the families who were affected by the Grenfell Tower tragedy in June.

It's been an exciting few months for Harry and William, to say the least. William and his wife, Kate Middleton, are gearing up to welcome their third child in the Spring, and Harry will be walking down the aisle with fiancée Meghan Markle around the same time. Between engagements, pregnancies, and big-screen cameos in movie franchises, the royals are certainly having a stellar 2017.