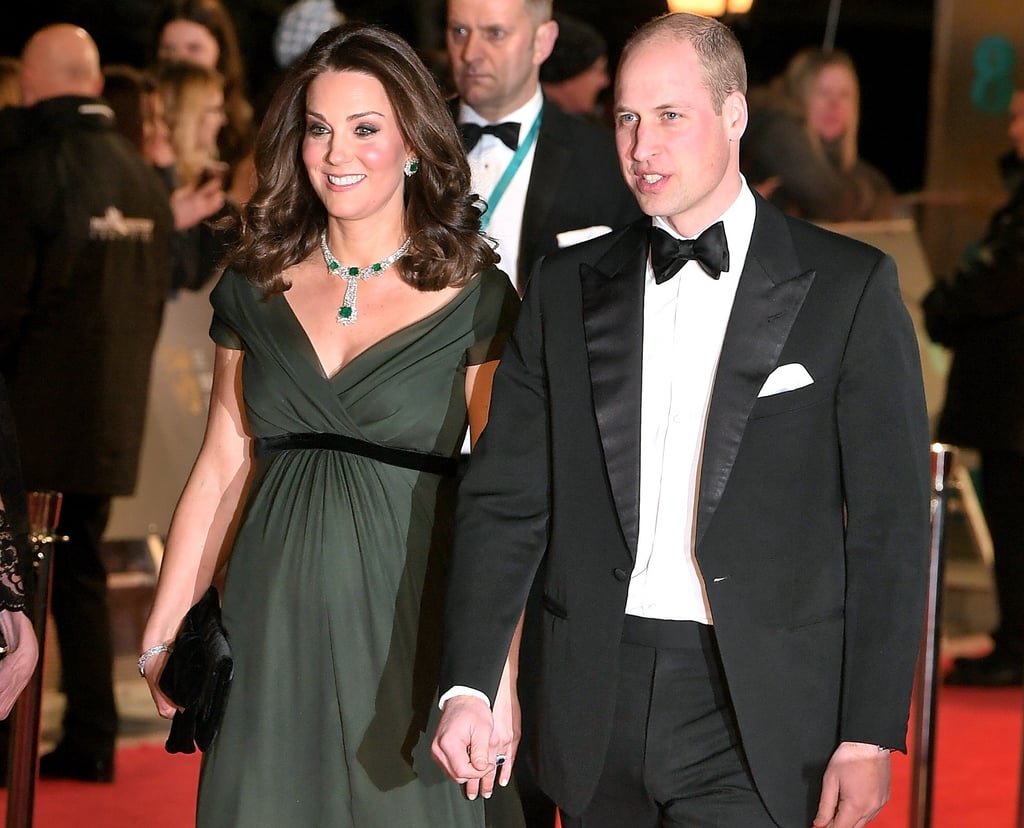 The BAFTA Awards are quickly becoming an annual date night for Prince William and Kate Middleton. William became President of the academy in 2010, and as well as attending the awards, the couple also give their time to help BAFTA raise awareness for its charitable activity. Tonight, though, it was all about celebration, as the couple made their way into London's Royal Albert Hall to mingle with stars like Angelina Jolie and Jennifer Lawrence as they celebrated the best British and international movies of the last 12 months. With the rest of the female attendees opting to wear black in support of the Time's Up movement, there was some speculation as to whether the Duchess of Cambridge would follow suit. Instead Kate, who is expecting her third child in April, chose a dark green dress trimmed in black, a suitably somber choice, but one that allowed her to stick to royal protocol. Take a closer look at the royal couple's glamorous arrival now.