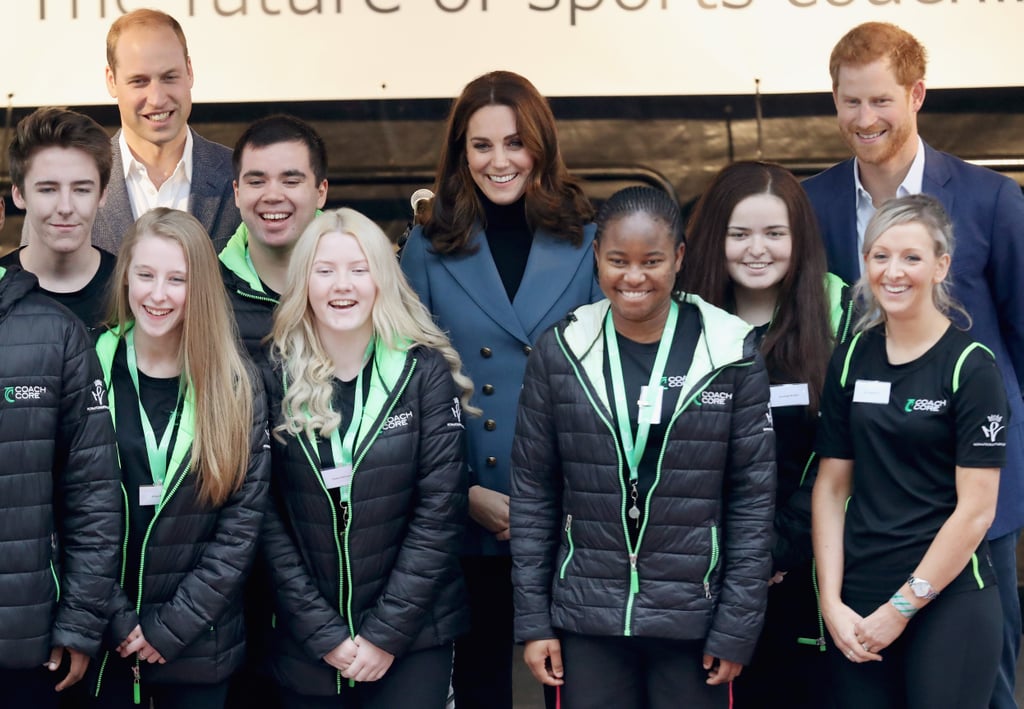 The British royal family has been extremely busy this year, and they're showing no signs of slowing down. On Wednesday, Prince William, Prince Harry, and Kate Middleton were front and center at the Coach Core graduation ceremony in London. Coach Core, which was launched by Will, Kate, and Harry's Royal Foundation in 2012, is an apprenticeship program that trains young adults who are not enrolled in school or are unemployed to be sports coaches. Prior to the ceremony, the royals joined 150 of the apprentices in a coaching master class that included advice from Olympic gymnast Max Whitlock and tennis coach Judy Murray.

The trio's philanthropic outing comes just two days after they met up with the cast of Paddington 2 at London's Paddington Station and a day after Will and Kate formally confirmed that their third child is set to make its debut in April 2018. We can't wait for the little one to arrive!