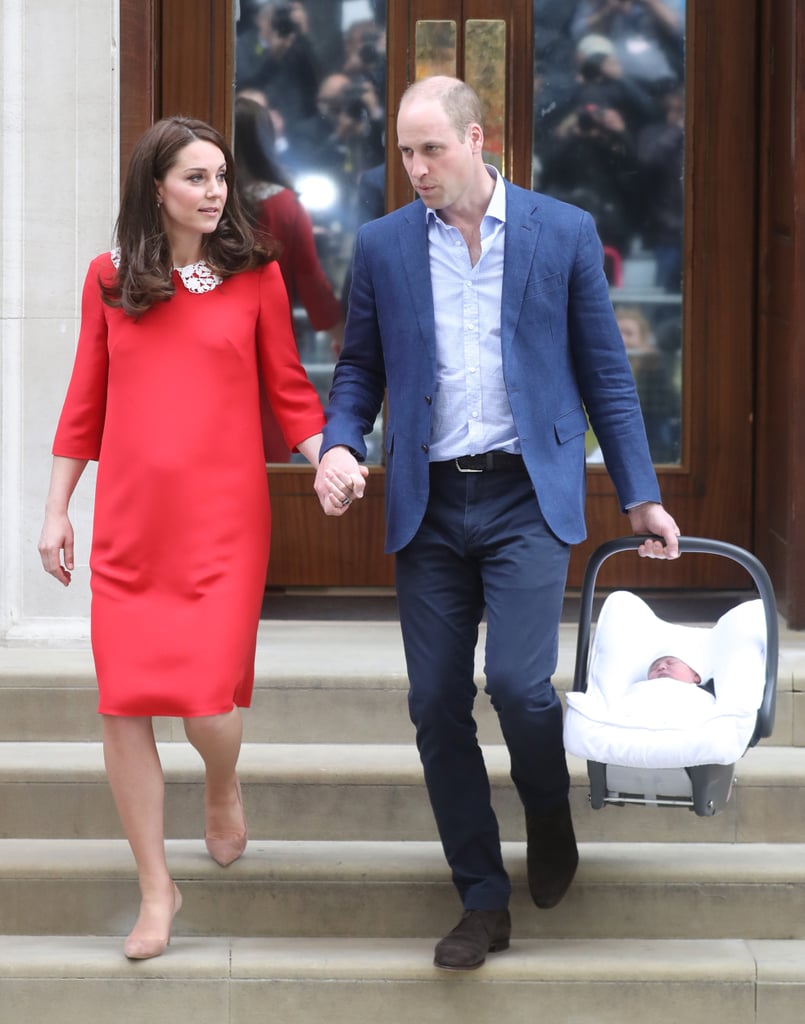 By now, the entire world is probably aware that Prince William and Kate Middleton have welcomed their third child. The new prince made his royal debut alongside his mom and dad outside of the Lindo Wing of St. Mary's Hospital, just hours after he was born on Monday. But while we were all, understandably, busy "oohing" and "aahing" over the adorable newborn, William and Kate did something they almost never do: they held hands.

The couple — who will be celebrating their seventh wedding anniversary on April 29 — rarely show PDA since they are "working representatives of British Monarchy," and likely prefer to keep things professional during their royal engagements. However, it looks like William and Kate were just too overcome with emotion that they stole a page from Prince Harry and Meghan Markle's playbook. Aw!