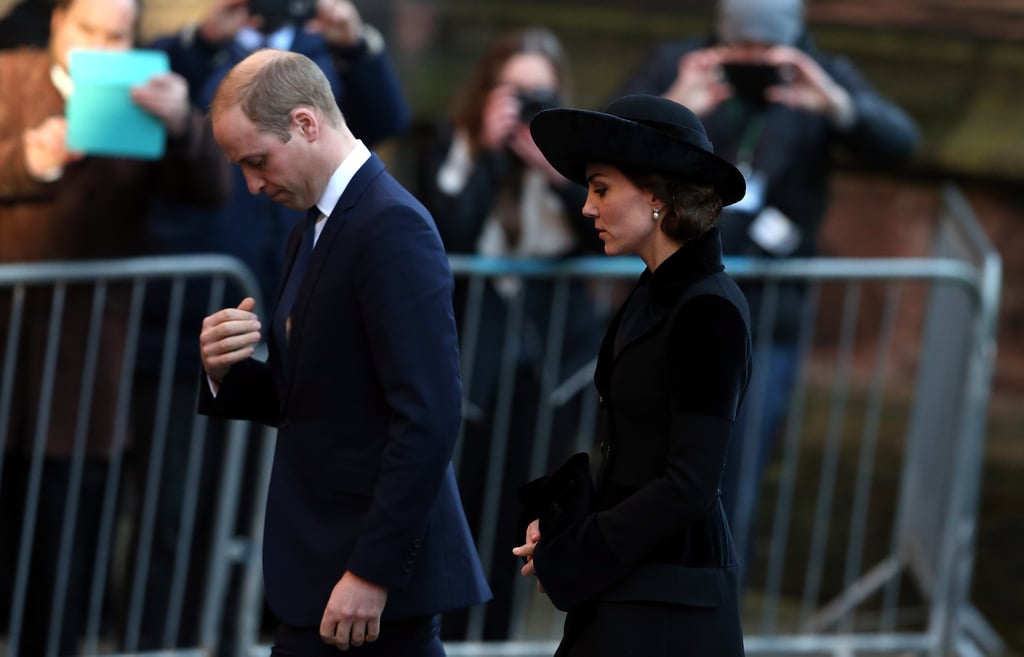 Among their glitzy nights out and the adorable charity outings this month, Prince William and Kate Middleton made sure to honor the memory of the Duke of Westminster. The Duke, Gerald Grosvenor, passed away in August, but his memorial service was held at Chester Cathedral, and attended by various members of the royal family. Kate and William looked somber as they made their way inside, with the Duchess of Cambridge wearing an almost identical dramatic black outfit to the one she wore at the British Legion's Festival of Remembrance with her husband in early November.

The royals ahd been quite busy, with Prince Harry on a lively tour of the Caribbean, while also being forced to defend his relationship with Suits actress Meghan Markle. The scrutiny surrounding the romance was so intense that Prince William stepped into the fray to stand up for his brother, saying that he "absolutely understands the situation concerning privacy" and supports Harry no matter what. Meanwhile, Kate made a number of lovely public appearances, including having a tea party with students at London's Natural History Museum, and representing the royal family at the Recovery Street Film Festival.