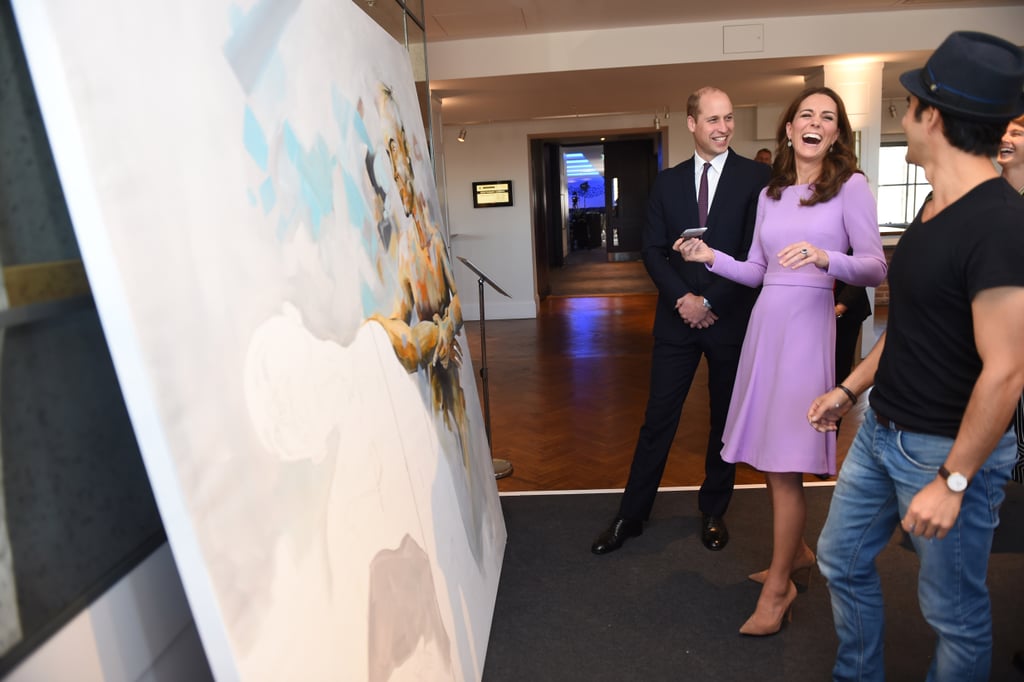 Prince William and Kate Middleton are officially back in action! On Tuesday, the couple made their first joint appearance since welcoming Prince Louis as they visited a Global Ministerial Mental Health Summit at County Hall in London. While we couldn't get enough of their sweet photos together, it was a clip from their appearance that really made us smile. As the two met with Columbian artist Dairo Vargas, they gave a rare glimpse of their playful sides as they added some of their own brushwork to his painting. After Kate made a little stroke to the painting, Will jokingly said, "It's pretty much ruined the picture," causing the pair to erupt into laughter.

It's not very often that the two put their love on full display, so their latest outing was a special treat. While the pair usually refrain from showing PDA during official appearances, they have snuck in a kiss or hand-holding over the years. See the cute video from their recent visit ahead!

Related:
Is It Just Us or Do Prince William and Kate Middleton Look More in Love Than Ever?
Previous Next Start Slideshow
Join the conversation
The British RoyalsPrince WilliamKate MiddletonThe Royals
Related Posts