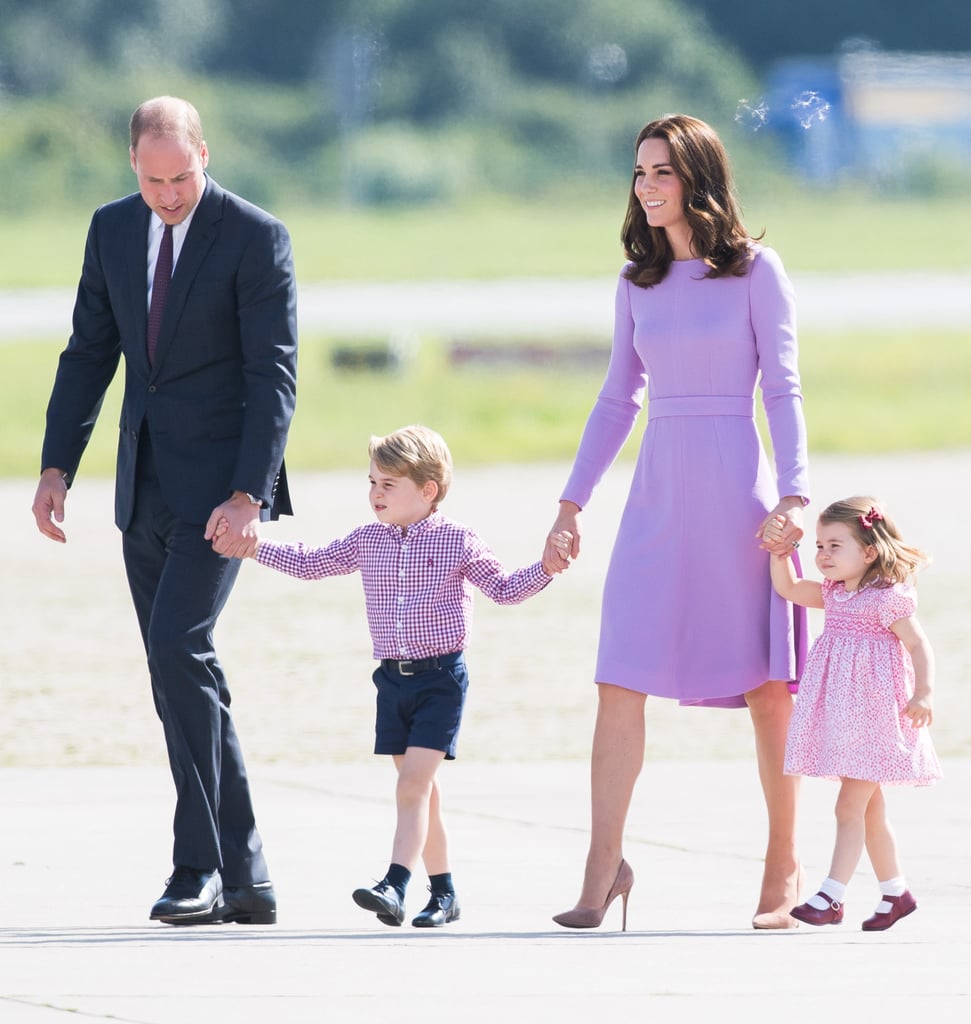 Another Wedding Down! George and Charlotte Can Add Page Boy and Bridesmaid to Their Royal Resume

Prince George and Princess Charlotte are becoming quite the little wedding experts. The siblings once again took on the roles of page boy and bridesmaid on Saturday for the wedding of Kate Middleton's close friends Sophie Carter and Robert Snuggs at St. Andrew's Episcopal Church.

According to People, Prince William, Kate, and their two oldest children were in attendance at the country wedding, along with Kate's parents and her brother, James. George was seen running around the churchyard, having "a great time," while Charlotte stayed by her mother's side for photos. The duo have taken on these special wedding duties twice before, during Meghan Markle and Prince Harry's nuptials, as well as Pippa Middleton's wedding to James Matthews.

Kate and Sophie have been friends for years, and attend events like Wimbledon together, along with exclusive royal functions. Sophie is also a godmother to Charlotte, and her sister-in-law Hannah Gillingham is a godparent to the royal couple's youngest, Prince Louis.