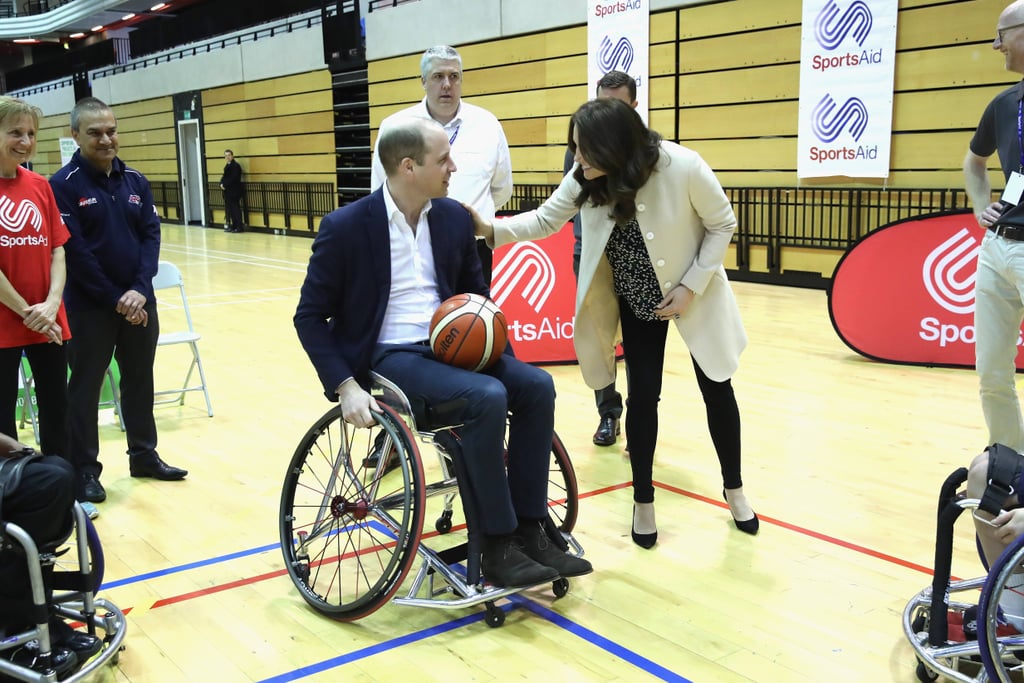 Prince William and Kate Middleton looked like they were having a great time yet again when they paid a visit to the Copper Box Arena in London for a SportsAid event on Thursday. The charity works to help young British sportsmen & women who aspire to be the country's next Olympic, Paralympic, Commonwealth & World Champions, and today's event celebrated the Commonwealth. The royals were greeted by a group of school kids waving hand-drawn flags, who they stopped to chat to before heading inside. Once in the arena, William wasted no time in getting involved, trying his hand at wheelchair basketball while Kate, who is due to give birth to the couple's third child next month, watched on from the sidelines with a huge smile on her face. This could be the last time we see William and Kate on a public engagement together before the birth of baby number 3; Kate has no further events in her royal schedule, though we wouldn't be surprised if she squeezes one or two more in. During recent appearances she's seemed full of energy, looking happy and relaxed as she awaits the new arrival.