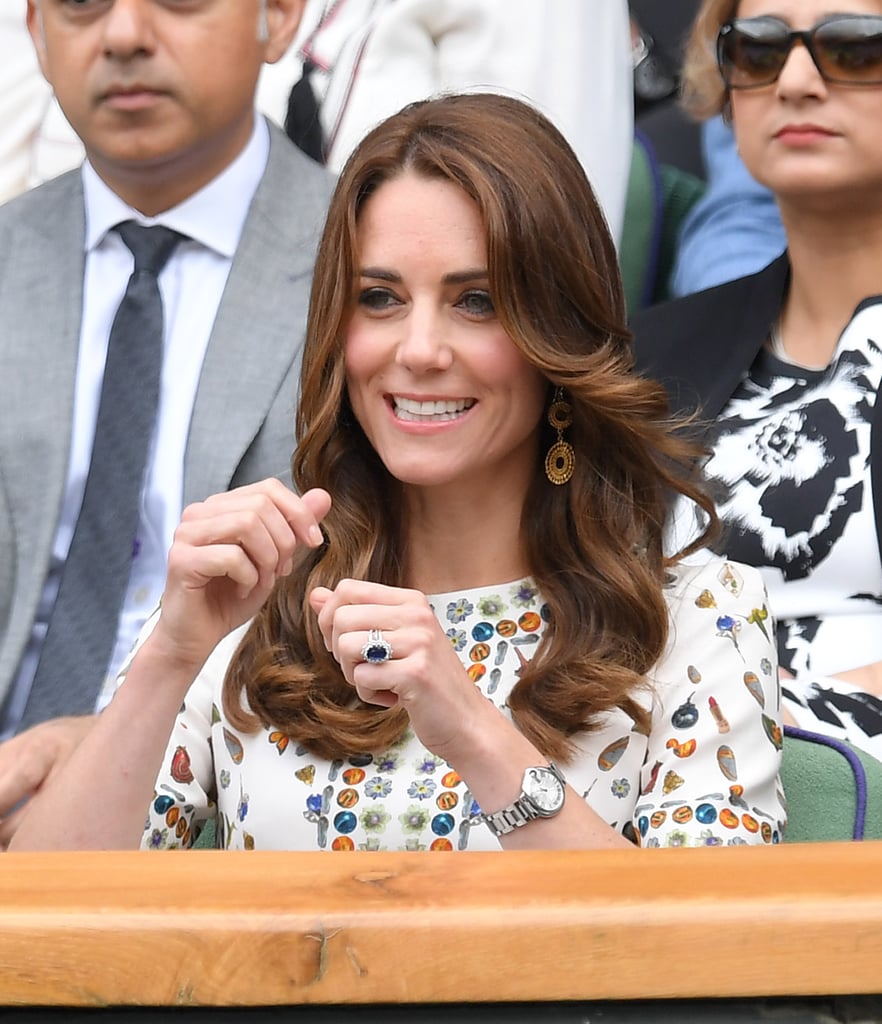 Could Kate Middleton be any cuter? On Sunday, the duchess and Prince William attended the men's final of the Wimbledon Tennis Championships to watch Andy Murray take on Milos Raonic, but it was Kate's adorable cheerleader antics that nearly stole the show. Clad in a skull-print Alexander McQueen dress, the mother of two was as cute as can be as she cheered on the players from the stands and showed her enthusiasm for the sport. Her latest Wimbledon outing comes just days after she popped up at the lawn tennis championships, where she met with members of the armed forces and linked up with Venus and Serena Williams's mother, Oracene Price. See what else is in store for Kate and William in the months to come!