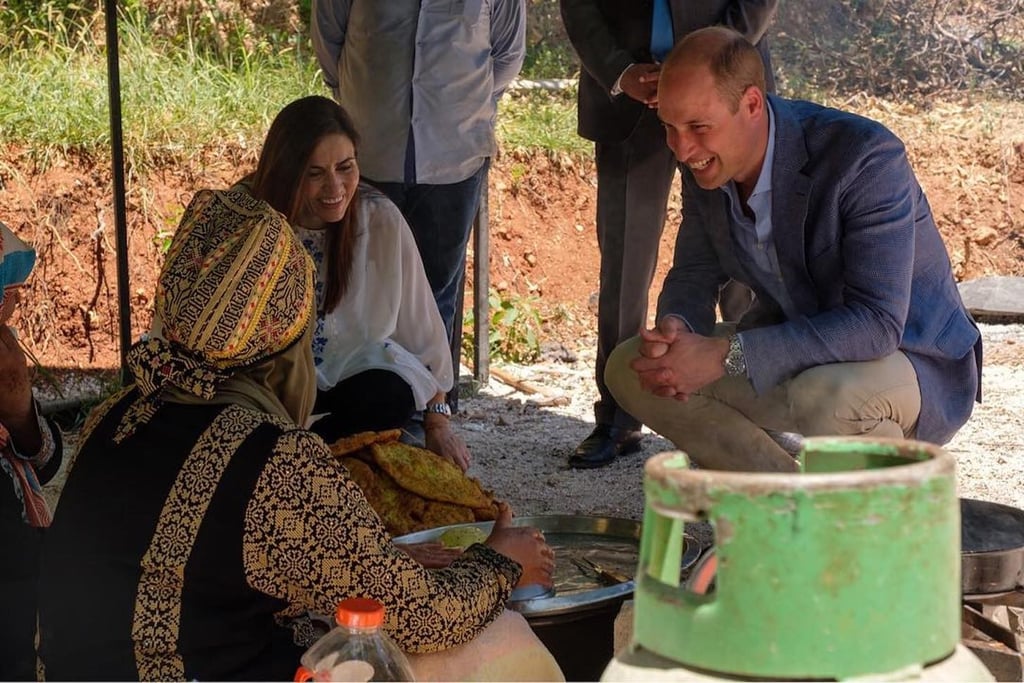 Kate Middleton was said two be "very upset" she couldn't join Prince William on his tour of the Middle East, but the Duchess of Cambridge will be very happy to know her Duke is coming back a better man.

The British royal met with Prince Hussein of Jordan and on Monday he checked out the Princess Taghrid Institute in the country. William heard the stories of orphaned women, who were abandoned or taken away from their parents, and have now learned new skills and found work through the NGO which works with underprivileged youth to provides catering, training, tailoring and handcrafts production. While he was there he tried making bread and judging by this picture, he had a blast.

Earlier, the Duke of Cambridge and the Crown Prince were with Syrian refugees at a photography workshop supported by UNICEF Jordan's Makani program, which offers "psychological support for both parents and children."

But it was a quick stop as Prince William was due to arrive in Israel on the first official visit by a senior member of the British Royal Family. Stayed tuned for more from his trip to the region.