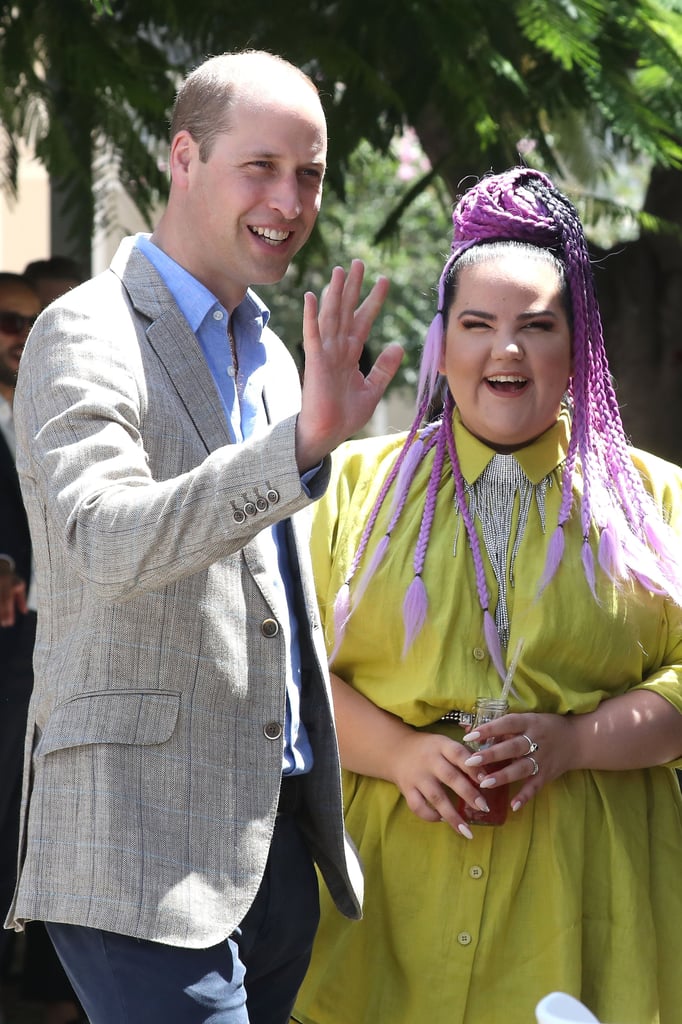 In Case You Were Wondering, Apparently Prince William Is a "Really, Really Chill Guy"

Prince William's five-day tour of the Middle East has been completely jam-packed so far. Over the past few days, he's taken the sweetest photo in honor of Kate Middleton, successfully avoided World Cup spoilers, and showed off his soccer skills with a group of kids in Israel. But now he's learning all about singing and performing from the 2018 winner of the Eurovision song contest, Netta Barzilai. Netta famously won the contest with the song "Toy," which featured chicken impressions, references to Pikachu, and lyrics about stupid boys. Prince William joined Netta on a walk around Tel Aviv, Israel, where they discussed performing, mental health, and diversity. Netta told BBC, "We talked about the way I changed how people feel here in Israel and about self-esteem and how positivity and setting a good example for people is really making a difference."

The pair was seen laughing and getting along famously, and Netta later described Prince William as a "really, really chill guy" . . . as if we needed another reason to love the royal. Ahead, see all the snaps of their meeting.