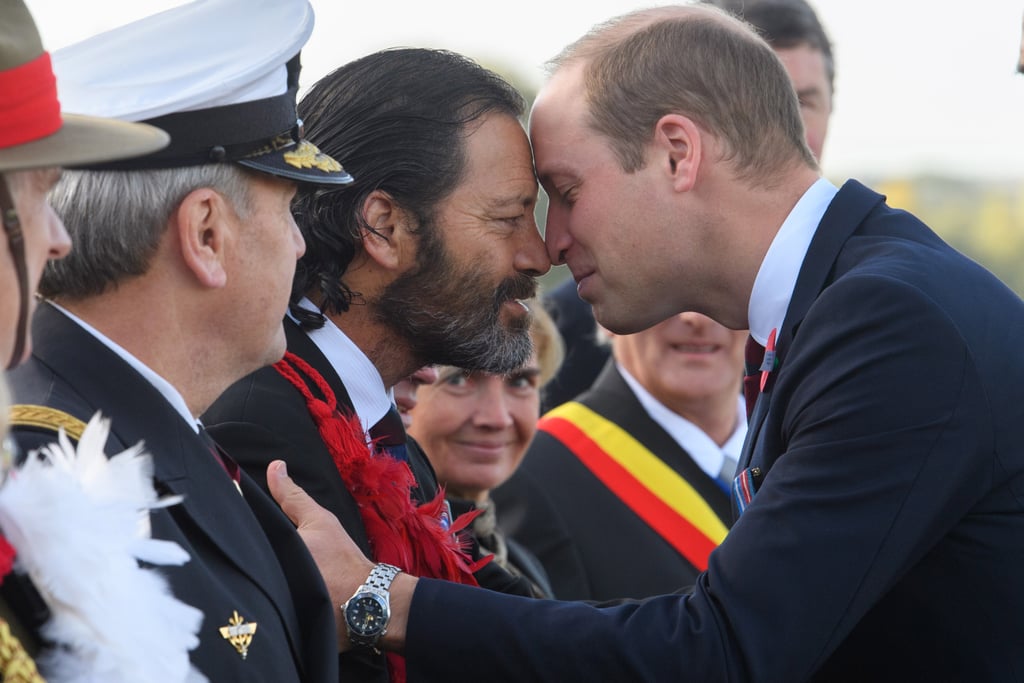 Prince William attended the New Zealand Commemoration for the Battle of Passchendaele on behalf of the queen in Belgium on Thursday. The royal received a traditional Maori greeting upon his arrival from former corporal Bill Henry "Willie" Apiata and paid a moving tribute to the New Zealand troops who fought in World War I.

"As we have heard, Oct. 12, 1917, was the darkest day in the military history of a proud and committed people," William said. "For New Zealanders, the loss of more than 840 men in just a few hours is seared into the national consciousness. All told, the Battle of Passchendaele would claim close to 2,000 lives — a devastating toll for a country with a population of just over a million. Half a world away, news of the losses was felt like a shockwave. Every death here left a shattered family there. Entire communities were robbed of their young people. No part of New Zealand was untouched by loss."

Related:
Is This the Reason Why William and Kate Have Gone For Baby No. 3?

After delivering his speech, William laid a wreath at the New Zealand Memorial Wall to the Missing and unveiled a centenary plinth alongside Princess Astrid. Sadly, Kate Middleton didn't make an appearance, but she did join William and Prince Harry at a reception at Buckingham Palace in honor of World Mental Health Day earlier this week.