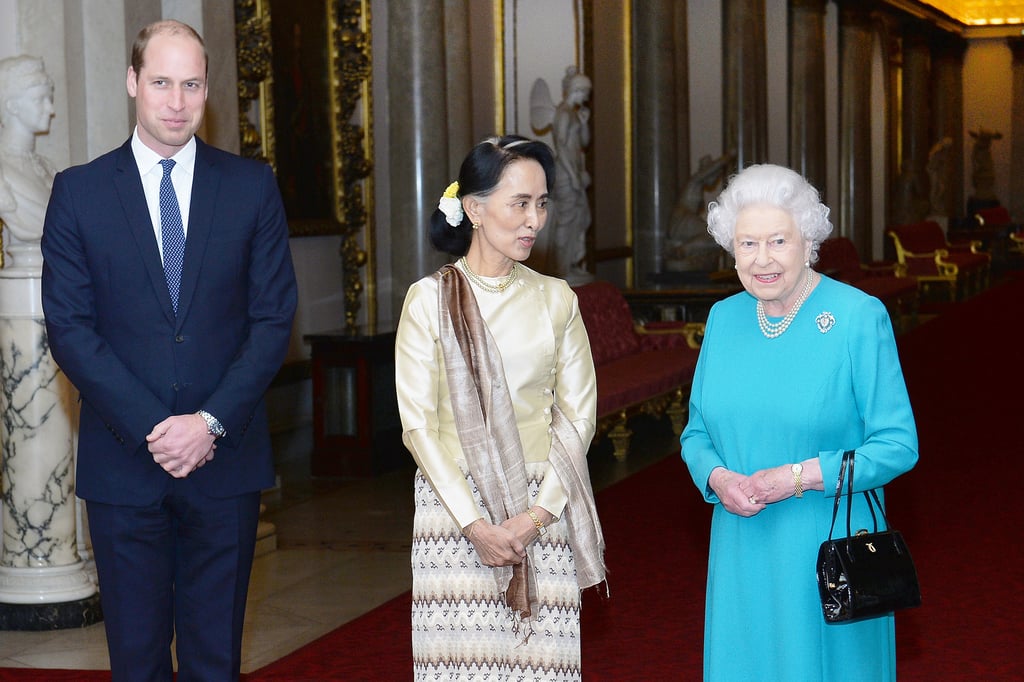 When the British royal staff was called to an emergency meeting concerning Prince Philip early on Thursday morning at Buckingham Palace some feared the worst for the 95-year-old, but thankfully it was only to announce his decision to step down from public duties. The next day, Queen Elizabeth II hosted a private lunch without her husband, but luckily had the support of her grandson, Prince William. Together they greeted Burma's de facto leader Aung San Suu Kyi at Buckingham Palace, chatting and happily posing for photos together.

William, who recently celebrated daughter Princess Charlotte's second birthday, has been taking on more royal duties over the last few months from Her Majesty, who is taking a step back. William and brother Prince Harry have gone on royal tours to places like Canada and some of the Caribbean islands in place of Queen Elizabeth II, and in 2013, William performed his first investiture. Although Prince Philip won't be as much of a presence at royal events in the coming months, it's clear that William and Harry are more than ready to step in.