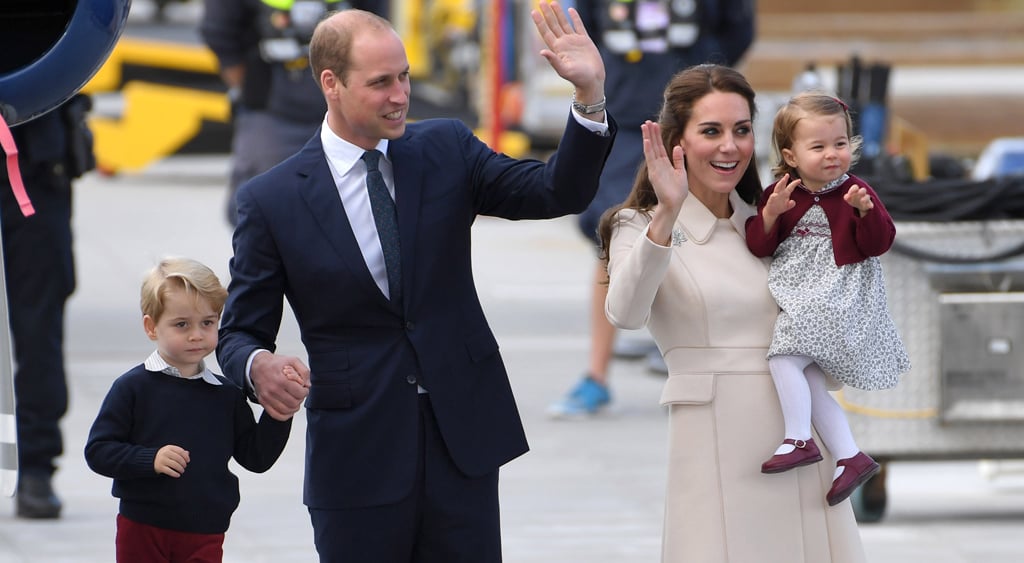 Prince William may be royal, but when it comes to his kids, he's just like any other dad. During his two-day tour of Vietnam earlier this week, the prince made a stop by Talk Vietnam, where he opened up about his family life and what it's like raising Prince George and Princess Charlotte with Kate Middleton. "There's wonderful highs and wonderful lows. It's been quite a change for me personally. I'm very lucky in the support I have from Catherine, she's an amazing mother and a fantastic wife," he said. "But I've struggled at times. The alteration from being a single, independent man to going into marriage and then having children is life-changing. I adore my children very much, and I've learned a lot about myself and about family just from having my own children. It's amazing how much you pick up just in those moments."

The royal also revealed that he's still getting used to "having a girl" in the family since he never had a sister growing up, adding, "Having a daughter is a very different dynamic. So I'm learning." As for little George, Prince William admits, "[He's] a right little rascal sometimes. He keeps me on my toes, but he's a sweet boy." Now that William is a husband and a father of two, he insists that his outlook on life has changed, saying, "I worry about the future more. When you have something or someone in your life to give the future to, I think it focuses the mind more about what you're giving them. I would like [my kids] to grow up with more simple aspirations. I think there's a lot of huge aspirations and people living with an enormous amount of stuff that they don't necessarily need. I would like George and Charlotte to grow up being a little bit more simple in their approach and their outlook, and just looking after those around them and treating others as they would like to be treated themselves." Well said, William. Well said.