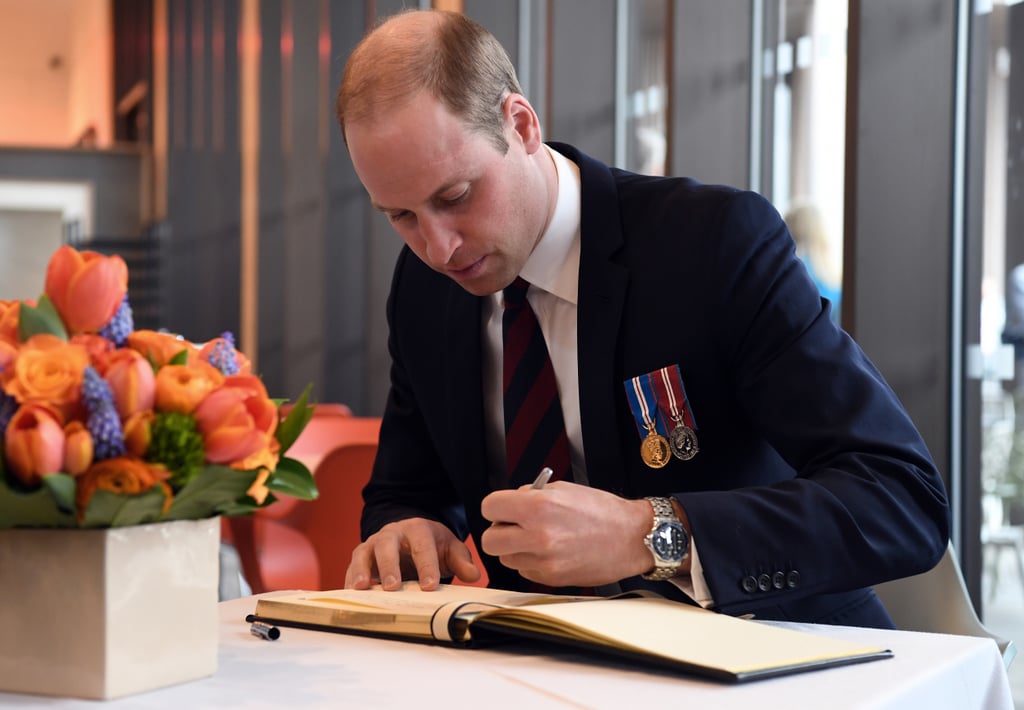 Fresh off of a fun-filled official visit to Paris with wife Kate Middleton, Prince William has resumed his royal duties in the UK. The Duke of Cambridge traveled to Stafford, England to officially open the Remembrance Centre, which houses over 330 memorials on its property and aims to provide all of its visitors with "an inspiring journey" of discovery. He also penned a touching address for the event's program. "The National Memorial Arboretum honours and remembers those men and women who have made the ultimate sacrifice in the service of this country," he said. "This is a place for special memories, many of them sad, but hopefully, many of them happy too. We all have an important job to do in keeping these memories alive for future generations and this new Remembrance Centre will play a significant role in that duty."

He chatted with school children and members of the military as he toured the grounds, and later laid a wreath in the Police Memorial Garden with a personalized note attached in honor of the victims of the recent terrorist attack in London. "For PC Keith Palmer, and all those who have served our community so valiantly," he wrote. "Your legacy is our way of life." Will's sentiments for the people affected by the attack echo Kate's words at London's Royal College of Obstetricians and Gynecologists last week, when she asked everyone in attendance to send "thoughts and prayers to all those sadly affected by yesterday's terrible attack in Westminster." Will and Kate have a move to the bustling capital coming up, and recently announced where Prince George, will be attending school.