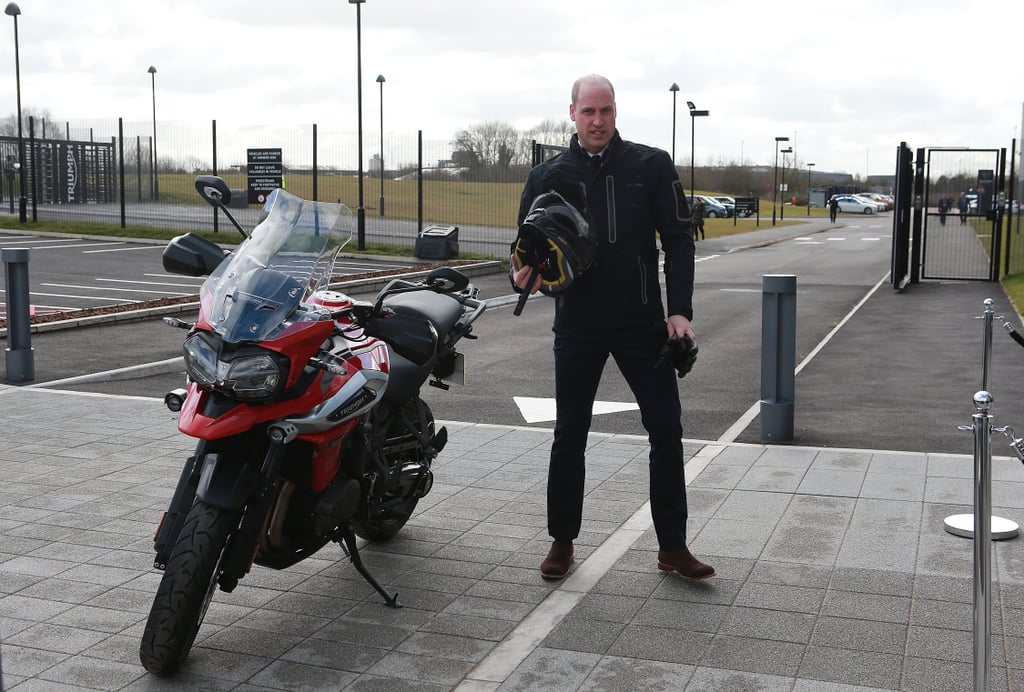 Prince William isn't a regular dad; he's a cool dad. The famous royal, who is currently expecting his third child with Kate Middleton, took a walk on the wild side when he visited the Triumph Motorcycles and MIRA Technology Park in Hinckley, England, on Tuesday. After getting a tour of the center, Will was able to take one of the motorcycles out for a test drive. Clad in a helmet, a reflective jacket, slacks, and suede shoes, the prince rode the Triumph Tiger 1200. He even enjoyed a few laps around the high-speed track in an Aston Martin.

The action-packed outing comes just on the heels of his star-studded appearance at the BAFTA Awards with his wife. On Sunday, the couple put on their best formal wear as they walked the red carpet. While Kate showed off her growing baby bump in a green dress, Will, who became president of the academy in 2010, looked dashing in a black tux.