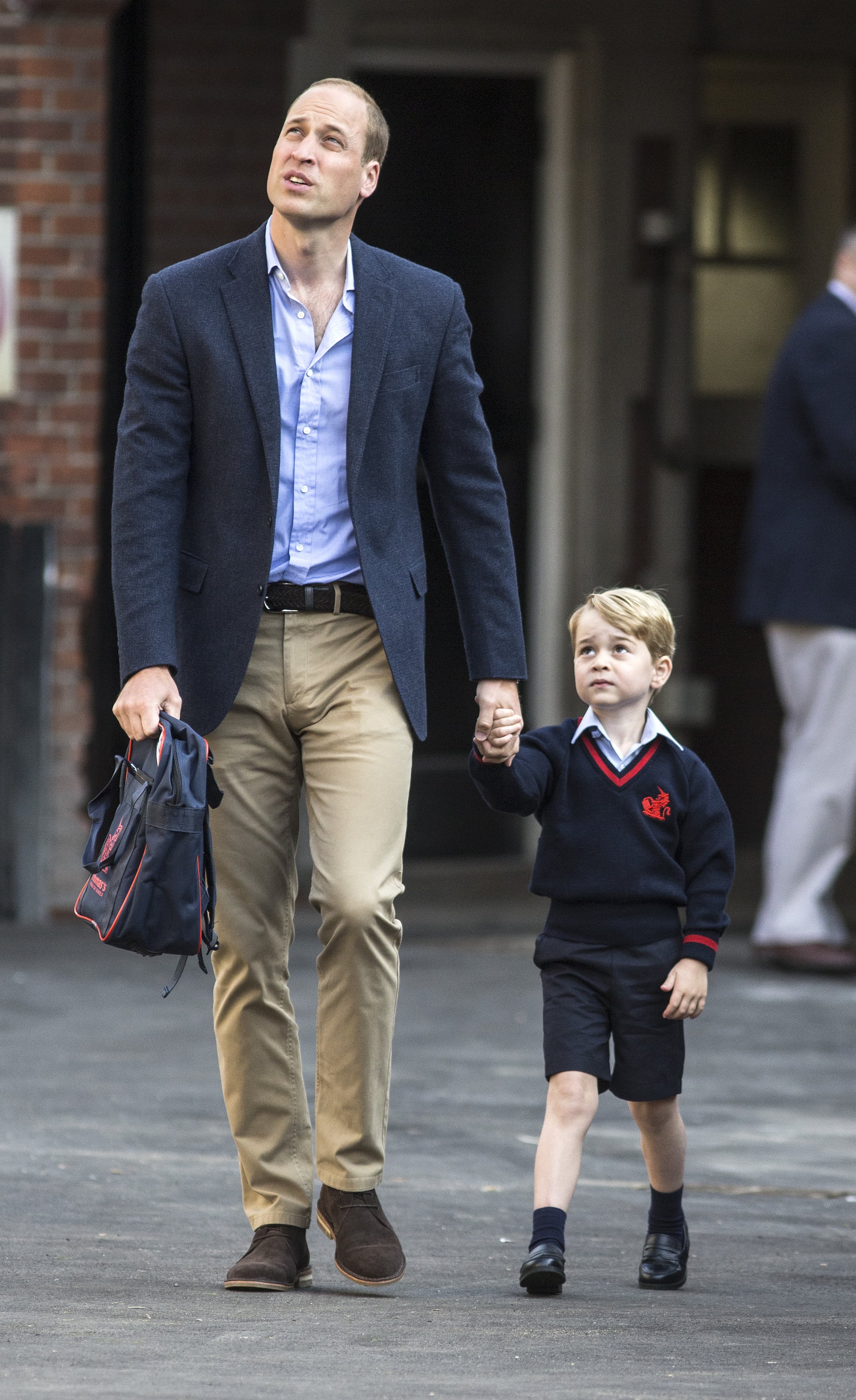 Despite news that Prince George's school had an attempted break-in this week, Prince William says his son is adjusting quite nicely to his new routine. "It's been an interesting week," the famous royal told patients during a visit to the Aintree University Hospital in Liverpool on Thursday. While George meekly held his father's hand as he entered Thomas's Battersea School in London on his first day on Sept. 7, William assured everyone that he handled the whole thing like a pro. "Most of the parents were in floods of tears," he added. "The kids were all fine."

Related:
The Unusual Reason Prince George Isn't Allowed to Have a Best Friend at School

In fact, it seems like George, who will be known as George Cambridge to his classmates and teachers, is really enjoying his time away from Kensington Palace. But with five-star menus like the ones at Thomas's Battersea, who wouldn't? "We are all seeing how long that lasts before he doesn't want to go!" William said. "George has been really easy. He hasn't said, 'Have I got to do this for the rest of my life?'" And even though he's getting another little brother or sister soon, he's still the prince of the household. When talking about his little ones, William jokingly added, "George rules the roost, but Charlotte isn't far behind!"