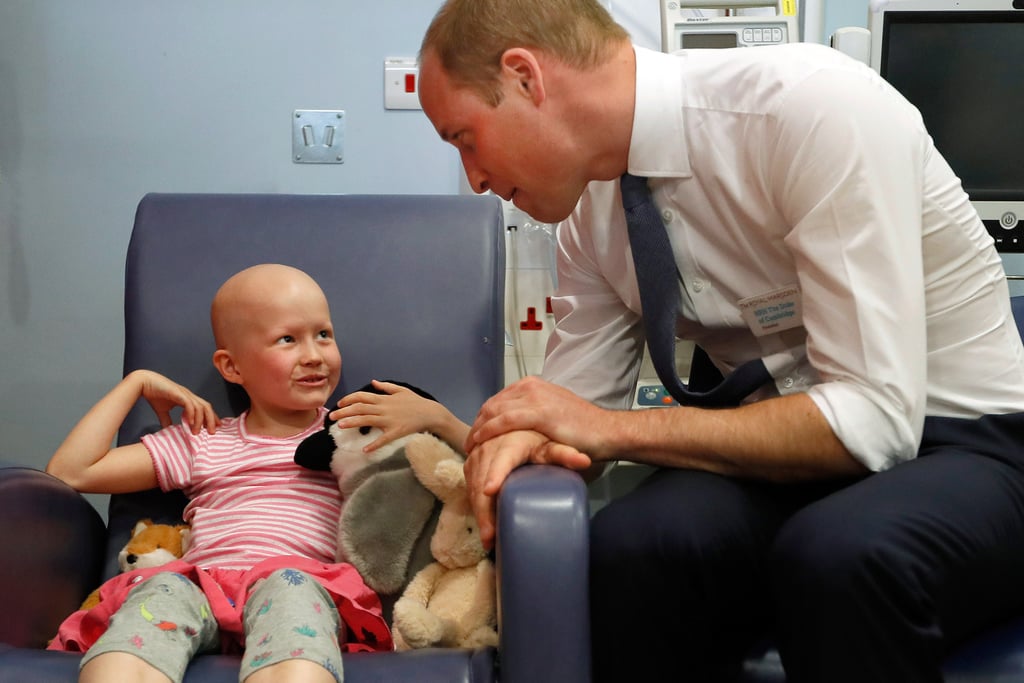 Prince William continues to do everything he can to follow in Princess Diana's footsteps. The famous royal carried on his late mother's legacy as he visited a young cancer patient at the Royal Marsden Hospital in Sutton, England. The father of Prince George, Princess Charlotte and Prince Louis, was all smiles as he chatted with a 6-year-old named Daisy during her chemotherapy treatment. Not only did the appearance mark 10 years since he became president of the center, but his interaction with the little girl was also incredibly reminiscent of one his mother shared with a little boy back in 1993. We think Diana would be incredibly proud to see her sons, William and Harry, continuing her charity work.