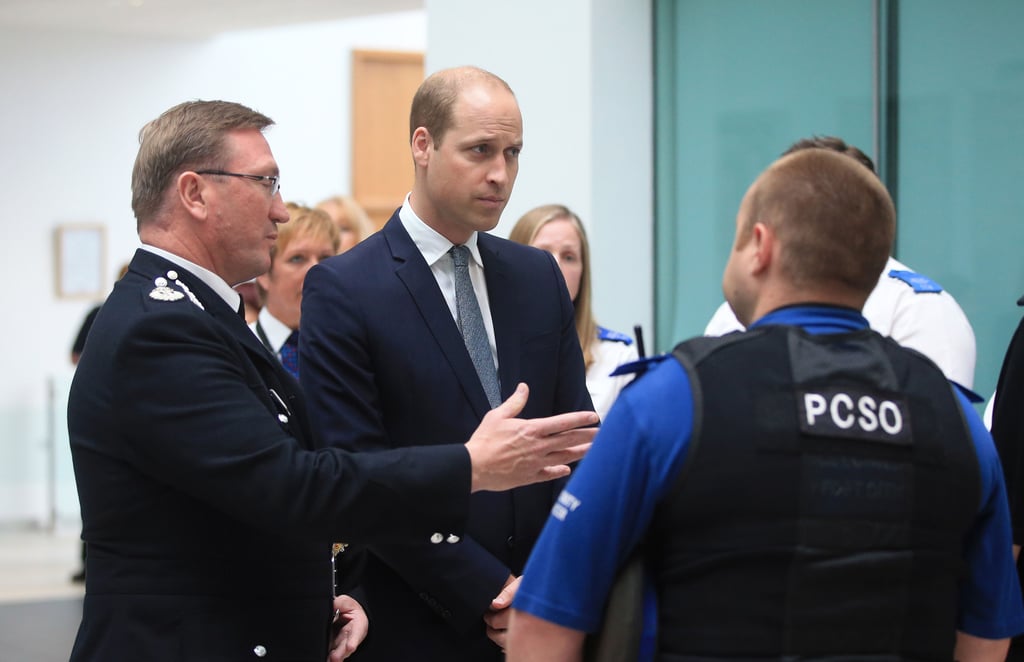 Prince William stood in solidarity with Manchester after a terror attack killed 22 people and injured more than 100 others at Ariana Grande's concert on May 22, 2017. The royal made a surprise trip to the Greater Manchester Police headquarters to thank the officers for their service. During his visit, he heard heroic stories from the first responders, including 47-year-old police officer Michael Buckley, who was off duty and waiting to meet his daughter Stephanie after the concert. After struggling to get in touch with her by phone, they were eventually reunited the next morning in a nearby hotel. "She ran to me but I couldn't hold her because I was covered in blood. I told her I have got other peoples' blood all over me," he told People.

William also visited the Manchester Cathedral to sign a book of condolences for the victims and their families, writing, "Manchester's strength and togetherness is an example to the world. My thoughts are with all those affected." The royal family has been very hands on following the attack. In addition to encouraging hope and expressing their gratitude for the people's display of "strength, decency, and community," Queen Elizabeth II also took some time off from her royal duties to meet with the young victims at Royal Manchester Children's Hospital.